KANNUR:  The idea of development is not in CPM’s agenda. Hypocrisy is their hallmark.Union Defence Minister Nirmala Sitharaman said this on Tuesday while inaugurating the ‘Vijay Sankalp’ meet held in connection with the election campaign of NDA’s Kannur candidate C K Padmanabhan here. 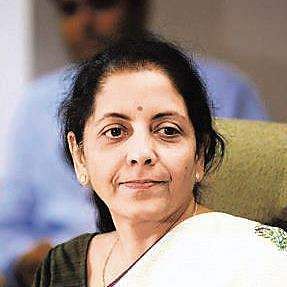 “Wherever there are Communist parties, there is misery and destruction. This was directly felt in the Soviet Union, Cuba, Venezuela and even in Indian states like West Bengal and Tripura,” Sitharaman said.

She said hypocrisy was stamped all over in CPM’s activities. “They say one thing at one place and will do some other thing at another place. They will speak against Congress in Kerala and will fight with them in the rest of the country. And since both parties are of the same nature, they are able to work together,” she said.

Sitharaman said AICC chief Rahul Gandhi’s decision to fight from Wayanad itself was ridiculous.
“CPM which will fight against Rahul in Wayanad, will work together with him after the election,” she said. “Congress says Wayanad will open its gates to South India. But, the fact is Rahul has fled from Amethi fearing a defeat at the hands of BJP there,” Sitharaman said.

She said Kannur’s social condition was different from other Kerala districts. “Kannur is the centre of CPM’s criminal activities in Kerala. This should be changed,” she said. BJP state cell coordinator K Ranjith presided over the meet, in which Padmanabhan, BJP district president P Sathyaprakash, Karshakamorcha leader P C Mohanan, A Damodaran, V V Chandran and K K Vinod Kumar also spoke on the occasion.