Will AAP support do any good to LDF in state?

But considering AAP’s membership base in Kerala, whether the support will do any good to the LDF is a million dollar question.

KOCHI:  In the elections, any support from any corner is welcome and for Left Democratic Front (LDF), the support from the Aam Aadmi Party (AAP) has come at a time when the Left is taking stock of the damage the Sabarimala episode could do to them in the polls.

But considering AAP’s membership base in Kerala, whether the support will do any good to the LDF is a million dollar question. As per AAP leaders, there are only 1,500 active volunteers for the party in Kerala and it has no considerable strength in any of the pockets in the state to sway votes in favour of the LDF candidates. Even AAP leaders have admitted the votes they received in the 2014 Lok Sabha polls were from neutral people who were fed up with both the LDF and the UDF and opting for an alternative. 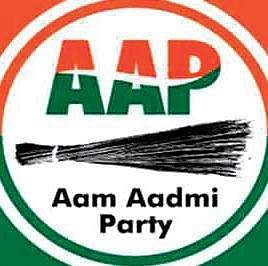 “It’s a fact the AAP garnered a large number of votes in constituencies like Ernakulam, Thrissur and Thiruvananthapuram in the 2014 Lok Sabha polls. But we don’t think people who voted for AAP candidates in the previous general elections will vote for the LDF candidates based on the support agreement extended by AAP to the LDF this time,” said an AAP leader.

However, political commentator N M Pearson begged to differ saying AAP’s support will benefit the LDF as a majority of people who voted for the AAP was Left leaning and in the absence of the AAP in the election fray, that voters will extend support to LDF candidates. “Above all, the Left is aiming for an alliance with the AAP in Delhi. Such an alliance will do good for both the Left and the AAP,” he added.

Surprisingly, though the people of the state speak volumes on anti-corruption, development and electoral politics, the AAP could not make a huge impact on the Malayalees who alternated with fronts led by the CPM and the Congress in the polls.In the 2014 elections, AAP candidate Sara Joseph secured 44,638 votes in Thrissur while its candidate Anita Pratap got 51,517 votes and Ajit Joy 14,153 votes in Ernakulam and Thiruvananthapuram, respectively.

Past performance
In the 2014 elections, AAP candidate Sara Joseph had secured 44,638 votes while contesting from Thrissur. AAP candidate Anita Pratap, who contested from Ernakulam, got 51,517 votes, while the party’s Thiruvananthapuram candidate Ajit Joy received 14,153 votes.

Now we are on Telegram too. Follow us for updates
TAGS
Aam Aadmi Party Left Democratic Front Lok Sabha Elections 2019