Communist party has been rigging polls since first election: Congress

THIRUVANANTHAPURAM: With the Chief Electoral Officer of Kerala Teeka Ram Meena confirming bogus voting in Cheruthazham booth, the Congress has said that rigging of elections and bogus voting has been a phenomenon practised by the Communists since the first election. KPCC president Mullappally Ramachandran told Express that he has been facing the menace of poll rigging and bogus voting since his first Lok Sabha election in 1984 and added that CPM men and women used to blatantly cast bogus votes with the connivance of several officials who were dreaded into submission.

He cited the example of Congress state working president K Sudhakaran who had successfully challenged the victory of his CPM opponent O Bharathan for Kannur Lok Sabha constituency in the 1991 assembly elections. Mullappally also cited CEC emissary Afzal Amanullah’s report from 2004 which stated that several booths in Bengal which had crossed more than 95% of polling pointed to a systematic and organised poll rigging conducted by a ‘particular political party’. 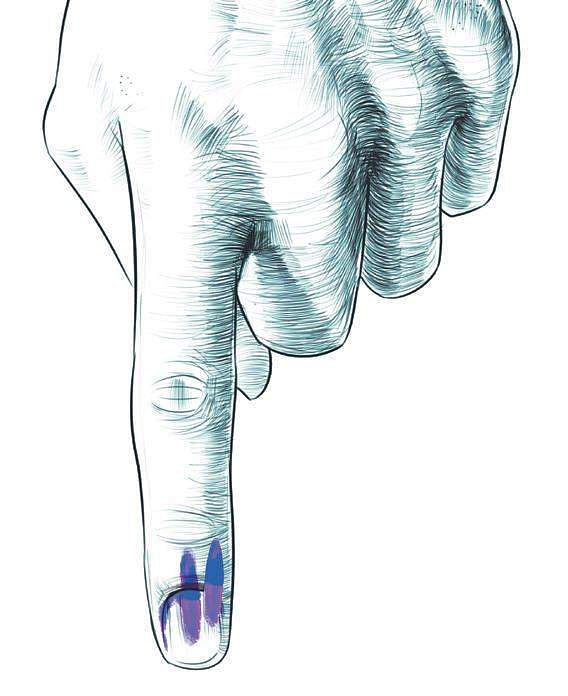 The rigging process included threatening and intimidation of opposition party booth agents, poll officers and even presiding officers. The report had mentioned that with organised trade unionism in the state police, in several booths police were mere onlookers. Mullappally alleged CPM is now using the booth level officers right from entering the name in the voter list.

“There are separate teams in the CPM to engage in removing the ink, another group to take care of the polling officials and others for intimidating and threatening other party booth agents,” he said. The KPCC president rubbished CPM’s Kannur district secretary M V Jayarajan’s argument of it being open vote as ridiculous.

T’ Puram:  BJP state president P S Sreedharan Pillai has called for a comprehensive inquiry into the allegations of bogus voting and said that this was tantamount to undermining the ideals of democracy. He also called upon the Election Commission and the state government to take stringent action against the perpetrators. He said that by indulging in bogus voting CPM was making a mockery of democracy and blamed the ‘party village’ concept of the CPM for such undemocratic activities.

The CPM has lost the moral right to continue in office following the Election Commission confirming that the party cadre had indulged in bogus voting. Repolling must be conducted at all booths where bogus voting was reported. All the electoral victories of the CPM are through bogus voting and the ruling party has questioned the very existence of democracy
- Ramesh Chennithala, Opposition leader

Now we are on Telegram too. Follow us for updates
TAGS
Chief Electoral Officer Teeka Ram Meena