As rehabilitation will be the prominent agenda in ‘Rebuild Kerala’, an immediate expense of Rs 100 crore has been additionally allotted.

THIRUVANANTHAPURAM: Fishermen who were honoured as ‘Kerala’s own Army’ by the Chief Minister during the floods will benefit from the Rs 1,000-crore fund set aside for them in the 2019-20 budget.

As rehabilitation will be the prominent agenda in ‘Rebuild Kerala’, an immediate expense of Rs 100 crore has been additionally allotted. The minister said more than 18,000 houses are constructed within 50 m of the sea.

The government will provide financial aid of Rs 10 lakh to those who are willing to relocate their dwellings beyond 200 m. And others will be provided a flat similar to that of Muttathara through the Life Mission. Whereas, the ownership and possession of the vacated land will remain with them and those areas will be retained as ‘bio-defense’ against sea erosion.

To prevent sea erosion through traditional means, the government had sanctioned Rs 227 crore to begin the work. If the trial run of ‘off shore breakwater’ construction on the sea bed at a distance of 500 m from the shore in Poonthura becomes successful, the government plans to expand it using KIIFB fund. 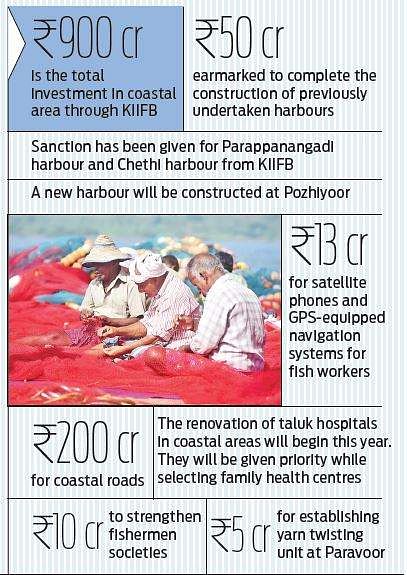