At the same time, Renu Raj  complained in her report to the Chief Secretary and the Revenue Secretary about the mental troubles she faced concerning the comment of Rajendran.

KOTTAYAM:  Sub-Collector Renu Raj  appeared firm on her stance on implementing the rules as Devikulam MLA S Rajendran’s derogatory remarks on her stirred up a hornet’s nest putting the LDF government, which organised women’s wall for the rights of the women, in a fix.

Renu Raj told Express she took up the violation of rules by the Munnar grama panchayat legally and informed about the developments to the State Advocate General and her higher officers, including Chief Secretary and the Revenue Secretary. Apart from mailing a report to the Advocate General for initiating contempt of court proceedings against Munnar grama panchayat authorities, she also met the AG in-person on Monday to brief about the developments. However, she did not mention anything about the derogatory remarks of the Devikulam MLA. 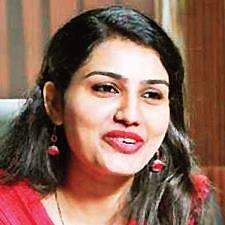 “In my report, I said MLA gave directions for the construction work of a commercial building in Munnar. However, I didn’t mention anything about the personal remarks made by the MLA, which doesn’t have any connection with the contempt case in the court,” she said, adding any further step on initiating action against the panchayat’s illegal construction will be based on court’s directive.

At the same time, Renu Raj  complained in her report to the Chief Secretary and the Revenue Secretary about the mental troubles she faced concerning the comment of Rajendran. “In fact, I heard about MLA’s comments through media as I was not present on the spot. I informed my higher officers about the developments,” she said.

Renu Raj also dismissed reports of the Munnar panchayat authorities that the stop memo was issued after work progressed to a good extent, making a considerable loss to the panchayat. “I assumed charge as the sub-Collector around two months ago, and I issued a memo when I came to know about the violation of the High Court order. However, panchayat authorities continued construction activities for three days after receiving the memo. Even, they continued the work the following day of the Revenue authorities’ visit at the construction site. They only stopped when the issue became a controversy,” she said.

Renu Raj dismisses reports on Police
Sub-Collector Renu Raj  dismissed reports that she said police authorities didn’t cooperate in taking action against the encroachers. “I didn’t say anything about the action of the police department. The quote appeared in media as mine about the cooperation of the police department was absolutely wrong,” she said.

Stay up to date on all the latest Kerala news with The New Indian Express App. Download now
(Get the news that matters from New Indian Express on WhatsApp. Click this link and hit 'Click to Subscribe'. Follow the instructions after that.)
TAGS
Renu Raj Sub-Collector Devikulam MLA