Sr Lucy Kalapura, who stood up against Bishop Franco Mulakkal, has been issued a second warning letter by the Franciscan Clarist Congregation (FCC).

KOCHI: Sr Lucy Kalapura, who stood up against Bishop Franco Mulakkal, has been issued a second warning letter by the Franciscan Clarist Congregation (FCC). The letter states if Sr Lucy fails to respond positively to the second canonical warning, expressing in writing her unconditional willingness to reform and to fully abide by the norms of FCC, the congregation will proceed with her dismissal. 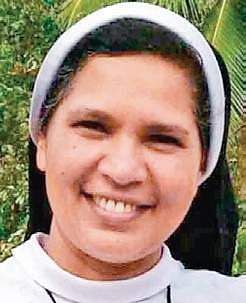 Sr Ann Joseph, Superior General of FCC, in the letter expressed displeasure over Sr Lucy’s reply to the first warning letter issued on January 1.“Your written reply was evaluated by me, together with my Council members and I find it insufficient and unacceptable. Instead of providing reasonable and valid explanations according to the spirit of religious life, you are trying to give your personal justifications,” said Sr Ann.

The proven allegations against Sr Lucy as stated by Sr Ann, warranting the second warning, include her refusal to meet the Superior General, not following the transfer orders, not submitting her salary to the community from December 2017, non-participation in community prayers, buying a personal car, publishing a book and the monetary transaction made with respect to it without the approval of the FCC Council. Also mentioned are her repeated appearance before social media, television and writings in newspapers, going out late in the evenings, violating dress code of FCC and keeping a lady journalist in her room.