In the 248 stalls set up at Krithi, more than 136 small and large printing houses exhibited their books for sale.

KOCHI: The next edition of the Krithi International Book Fest will be held at Marine Drive, Kochi, in February 2020. The organisers announced the date at the valedictory function marking the end of this year’s Krithi book fest on Sunday. 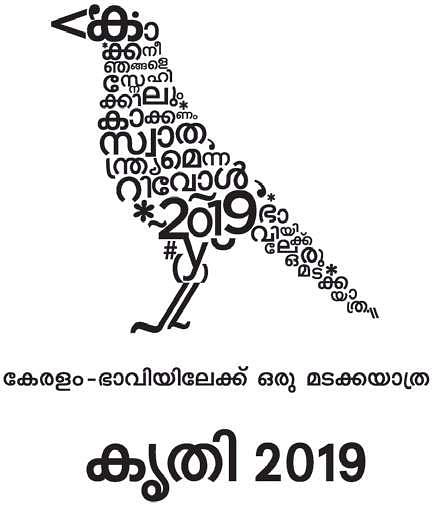 The 2020 edition will be the third festival and is scheduled to be held from February 6 -16, 2020.
Speaking at the valedictory function, Tourism Minister Kadakampally Surendran expressed gratitude towards the public, publishers, educational and corporate houses, socio-political personalities and students for their support in making this year’s Krithi Festival, a success.

“The two editions of Krithi proves that it has succeeded in creating an emotional connection with the public. The secular brotherhood that we witnessed at the Fest is really a positive sign in these times when the challenges of polarisation are on the rise. The festival also gave a new breath of life to the printing and publishing market, where thousands are working,” added Kadakamnpally.

In the 248 stalls set up at Krithi, more than 136 small and large printing houses exhibited their books for sale.

In terms of participation and number of stalls, Krithi also became one of the largest book festivals to be held in the State. The literature fest was one of the highlights of Krithi with 70 sessions attended by nearly 175  writers and experts.

The sessions were focussed on knowledge building and providing deep insights into literature. The topics covered in the sessions also looked into cultural, environmental, economic and infrastructure growth of ‘Kerala 2.0’, the post-flood rebuilding efforts of Kerala.  The centenary of the poem, Chinthavishtayaya Seetha was also celebrated at the Fest.