As per the notification, V K Saraswat, member, NITI Aayog has been nominated the president of the Institute Body.

THIRUVANANTHAPURAM: Former State Police Chief T P Senkumar, who is at loggerheads with the CPM-led state government and was at the forefront in the Sabarimala protest, has been appointed a member of the Institute Body (Social Sciences) of the Sree Chitra Tirunal Institute for Medical Sciences and Technology (SCTIMST), Thiruvananthapuram. A notification to this effect was issued by the Ministry of Science and Technology the other day. 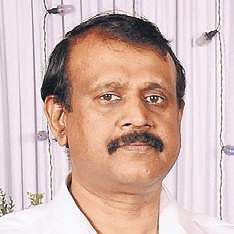 As per the notification, V K Saraswat, member, NITI Aayog has been nominated the president of the Institute Body.Earlier, Senkumar had put the BJP government at the Centre in a spot after he came out against the decision to award Padma Bhushan to former ISRO scientist S Nambi Narayanan. Then it was alleged that fissures had developed in the relationship between Senkumar and the BJP.

Stay up to date on all the latest Kerala news with The New Indian Express App. Download now
(Get the news that matters from New Indian Express on WhatsApp. Click this link and hit 'Click to Subscribe'. Follow the instructions after that.)
TAGS
T P Senkumar