KASARGOD:  Expressing doubts over the police investigation, former Chief Minister and senior Congress leader Oommen Chandy said on Wednesday that the murder case of Youth Congress workers Kripesh and Sarath Lal should be handed over to the CBI.There is an attempt to protect the conspirators of the double murder, he said. “The murder and the conspiracy should be investigated,” he said and added that even CPM workers do not believe the party was not involved in the two murders.

Chief Minister Pinarayi Vijayan and CPM state secretary Kodiyeri Balakrishnan cannot wash their hands of the crime, Chandy said. He was speaking at the day-long hunger strike against the murders near the collectorate on Wednesday.If the CPM had no role in the crime, if the Chief Minster was sincere in his public statements, the LDF Government should be ready to hand over the case to the CBI. 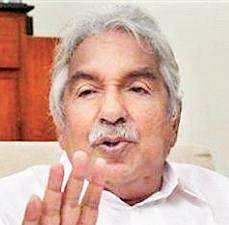 He said the Chief Minister ran away from the media when questioned about the murders because he did not have answers. “The Chief Minister asked why would they kill when the elections are so near. So the reporters asked can they do it if the elections are not around? The reporters also reminded him that T P Chandrashekaran was killed during a byelection,” Chandy said. He did not have an answer and walked away, he said.

Kodiyeri Balakrishnan said his statement on revenge that ‘wages would be given as soon as they step out of paddy fields’ was rhetorical and was not intended to incite violence. “But his party workers do not believe that. They are living by that dictum,” Chandy said. In the 1,000 days of this government, there were 20 politically killings, he said. “Of those, the CPM workers are accused in 16 cases,” he said.Before coming to the protest site, he visited the houses of the slain Youth Congress workers at Kalliyot. “I did not have words to comfort them. I only said I will come again on March 2,” he said.

Kasargod murder: VS comes out against culprits
T’Puram:CPM veteran V S Achuthanandan has demanded strict action against the culprits behind the Kasargod twin murder. In a statement, he made it clear that resolving political issues through elimination is not CPM’s style.  “The CPM does not believe in resolving political issues through elimination. Having such a thought process among party members amounts to grave deviation and cannot be tolerated in the CPM. The party has already made it amply clear,” said VS. Terming the twin murders barbaric, Achuthanandan said those who are behind the brutal murder should be brought before the law.

Statement by Peethambaran’s wife exposes CPM: Chandy
Kasargod:“There were local issues in Kalliyot between the Congress and the CPM. But those issues could have been resolved by sitting across and talking for ten minutes. But the differences end with the murder of two youths,” Oommen Chandy said. That was because the intention of the CPM was to eliminate political rivals who have the potential to raise as leaders, he said. After every murder, the CPM denies its role, then when its members are arrested, the party would provide legal support, Chandy said. “The CPM’s claim that it was not involved in the murder ringed hollow in the wake of the revelation by Peethambaran’s wife and daughter.

Stay up to date on all the latest Kerala news with The New Indian Express App. Download now
(Get the news that matters from New Indian Express on WhatsApp. Click this link and hit 'Click to Subscribe'. Follow the instructions after that.)
TAGS
Oommen Chandy murder