The draft of the project has been submitted by Systra, a Paris-based engineering and consulting group.

THIRUVANANTHAPURAM:  After the proposal to link airports with waterways, now the state government is for linking the four airports in the state with the proposed semi-high-speed rail project, the draft of which has been submitted by Systra, a Paris-based engineering and consulting group. 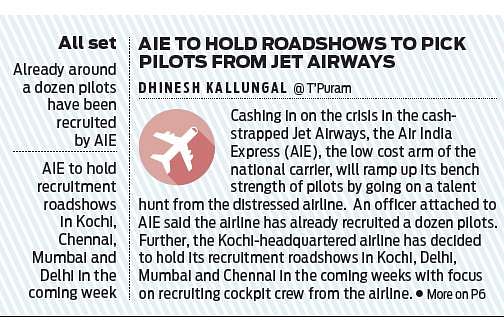 Senior state government officers say Systra, which submitted the draft pre-feasibility report for the 510-km rail line project, has been directed to submit a final report by introducing some changes in the alignment, reducing the length of the line in some parts and revising the cost.

V Ajith Kumar, managing director, Kerala Railway Development Corporation (KRDC), the special purpose vehicle set up to execute the project on a cost-sharing basis between the state government and the Railways, said Systra will submit the pre-feasibility report after incorporating the suggestions put forward by the state and the technical report ratified by the high-level committee will be forwarded to the state for ratification.

The draft report says the length of the project is a bit overshot than the previously estimated 510 km, which has to be cut down by bringing in some changes in the alignment.

Rail project set to commence in 2020 The marginal rise in length has also resulted in the cost escalation, which will also come down with the minor changes suggested in the alignment. The officials will also hold a meeting with the Land Board to see the nature of land to be acquired as part of the project. Systra has not made any traffic projections on its own, instead it has relied on the traffic projections prepared by the Delhi Metro Rail Corporation for the High Speed Rail Corridor project.

The KRDC has estimated the project cost at `55,000 crore, to be executed in seven years, commencing in 2020, while the current estimate with the new alignment has crossed `60k crore. The rail line, which will start from Kochuveli in Thiruvananthapuram, will end in Kasargod by connecting the main cities and four international airports in the state.

The state government has already asked the Kerala Waterways and Infrastructure Limited, a special purpose vehicle floated by the state government and Cochin International Airport Limited, to connect the main airports with the waterway being developed from Thiruvananthapuram to Kasargod.