Sources said the Police Department decided to revive the now-dormant ATS after taking rising activities of terror modules, mainly Islamic State (IS), in the state into consideration.

MALAPPURAM: The state government has started the process to recruit officers to its new modern Anti-Terrorism Squad (ATS) unit, which will come up at Nedumbassery. The move came 10 days after terror struck Sri Lanka on Easter Sunday, with its suspicious links stretching to Kerala. The decision is perceived as the government’s admission of rising extremism in the state.

In a letter dated April 30, State Police Chief Loknath Behera directed the department’s various units to name competent officers who can strengthen the investigation and operational wings of the ATS, which will be based near the Kochi International Airport.

“Officers may send their willingness along with  bio-data mostly related to their postings during the last 10 years to IGP (HQ) on or before May 15 without fail. A committee consisting of IGP (HQ), DIG Security and DIG Kerala Police Academy will select the suitable officers and issue orders accordingly,” the letter said.

Sources said the Police Department decided to revive the now-dormant ATS after taking rising activities of terror modules, mainly Islamic State (IS), in the state into consideration.

“Of late, nothing concrete has been taking place in the ATS, which currently has only four officers. Though there were demands to strengthen the unit in the wake of more terrorism-related cases in the state, the successive governments did not take them seriously,” said an officer. 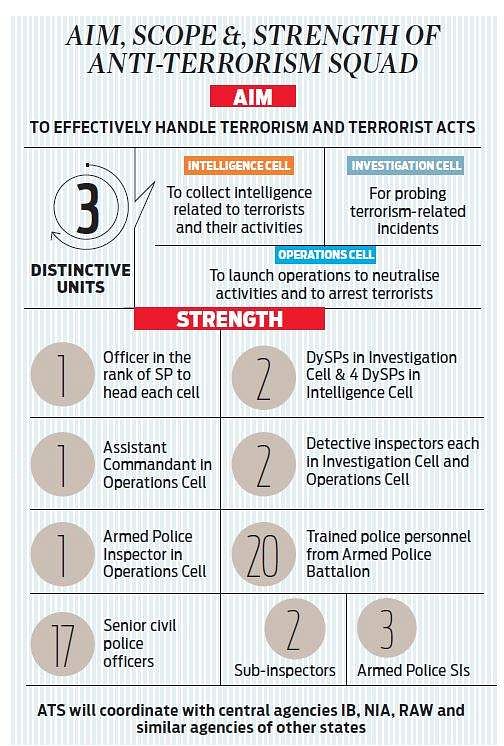 Additional Chief Secretary Subrata Biswas, in a letter dated February 16, 2019, of which Express has a copy of, also highlighted the need to curb the emergent and potential menace of terrorism in the state, instantaneously and effectively. “Kerala, needless to mention, is certainly affected by terrorism of various kinds,” it said. As per the report’s abstract, the ATS will function under the overall supervision of the Crime Branch chief. The schedule and syllabus of the selected ATS officers’ training will be prepared by a retired NIA officer.

Stay up to date on all the latest Kerala news with The New Indian Express App. Download now
TAGS
Kerala Anti-terror Squad