THIRUVANANTHAPURAM: In a setback to the state government, four premier health institutions in the state have expressed reservations about switching to the new health insurance scheme Karunya Arogya Suraksha Padhathi (KASP).

The Regional Cancer Centre in Thiruvananthapuram, Malabar Cancer Centre in Thalassery, the Cochin Cancer Research Institute at Kalamassery and the Sree Chitra Tirunal Institute for Medical Sciences and Technology (SCTIMST) in Thiruvananthapuram have expressed worries over the package rates fixed under KASP for various medical procedures.
Confirming this, Health Secretary Rajeev Sadanandan said, “The three cancer centres informed us the package rates mentioned in KASP were low and might place a financial burden on them.”
He said the centres have been directed to come out with a comprehensive report after analysing the procedures, their rates and their liabilities. 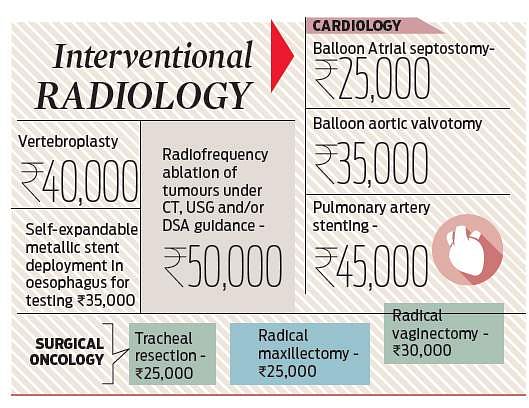 “Their report is expected before the end of this month,” he said.
On the concerns raised by SCTIMST, Sadanandan said, “It is a Central Government institution under the Department of Science and Technology. They informed us they were in talks with the Centre to join KASP.”

According to SCTIMST, though it plans to join KASP, a final decision will has to come from the management. An officer of Malabar Cancer Centre told Express, “The Malabar Cancer Centre, Regional Cancer Centre and Cochin Cancer Research Institute are concerned about the packaged rates, which had several problems. In many of the procedures, the rates could not even meet the cost of medicines.”
The officer said the intimation it received from the Health Department said it should continue with CHIS Plus and Karunya schemes as the model code of conduct was in force due to which there were some restrictions on taking administrative decisions.
A source in the Health Department said the three cancer care institutions and SCTIMST had already alerted the Comprehensive Health Insurance Agency Kerala, the state implementing agency of KASP, of their reservations.

“The full-fledged implementation of KASP faced some constraints following the declaration of the general elections. The Health Department then granted health institutions a two-month relaxation on the deadline to switch to KASP. Thus, the three cancer care institutions and SCTIMST will have to come out with a decision before May 31,” the source said.
At present, the institutions are providing assistance to patients under the Karunya Benevolent Fund and the Comprehensive Health Insurance Scheme Plus -CHIS Plus.