A day after his name was caught in the #MeToo storm, actor Sidhique denied the allegations raised against him.

KOCHI:  A day after his name was caught in the #MeToo storm, actor Sidhique denied the allegations raised against him.“The girl who raised the allegations and her family attended the preview of the movie Sukhamayirikkatte, in which I played a major role, as per my invitation. After the preview, we all had dinner together at the Mascot Hotel.  No such issues which she raised in her allegations took place during the preview show.  I do not know why she has come up with such an allegation now,” Sidhique told a news channel here on Wednesday. 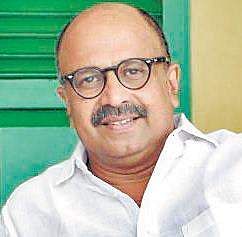 Revathy Sampath, had in a Facebook post alleged that Sidhique had sexually harassed her in 2016.“This actor Siddique tried to sexually misbehave with me on 2016 in a preview of Sukhamayirikkate movie at Nila theatre, Trivandrum..!! His verbal sexual offerings made me morally down at the age of 21...i still remember the trauma he made to me!!! He is having a daughter I guess..!!

Is she safe in his hands, I wonder?? What will you do if the same thing happens with your daughter, Mr.Siddique? How can a man like him point fingers against a prestigious &privileged collective WCC are you deserved yourself Mr.Siddhique??, think yourself!! Ulupp undo??  Shame on these masks layered,  self-called gentlemen out there in the film industry..!!” (sic) reads her Facebook post.