KOCHI: Despite the LDF success in narrowing the UDF’s bypoll victory margin in the latter’s traditional bastion of Ernakulam, a section of the CPM cadre believes the front could have fared better and even wrested the seat if they had fielded a party candidate in the high-profile seat.

“Even the likes of  P Rajeev and M Anilkumar could have been considered. However, a majority of the district committee members stuck to the idea of fielding an independent candidate from the Latin Catholic community,” according to a CPM worker.

“Coupled with this, Manu Roy was fielded as an LDF independent with auto-rickshaw as his symbol. His name appeared eighth in the voting machine. And his namesake KM Manu was listed right above Manu Roy’s name. Interestingly, the namesake bagged 2,554 votes,” he added. 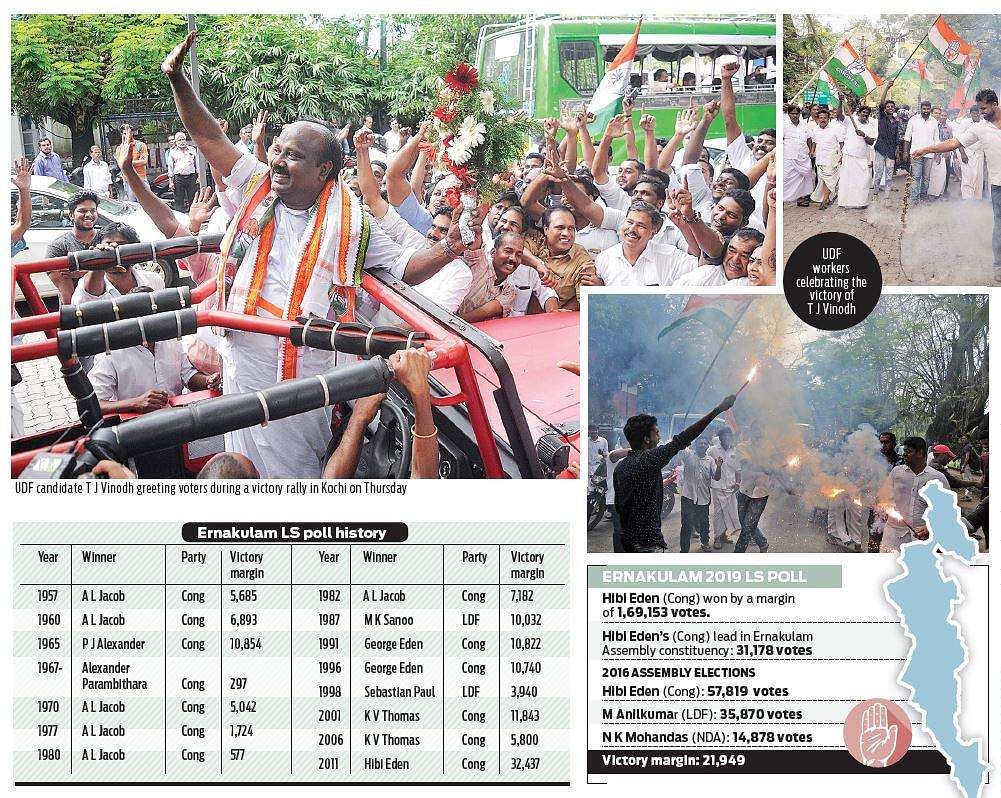 ‘Bad weather affected us’
CPM district chief C N Mohanan said the incessant rain on polling day poured cold water on the LDF chances. “Due to bad weather,  more than  4,000 voters from our traditional strongholds were not able to cast their votes. Also,  Manu Roy’s namesake garnered around 2,500 votes. Those two factors have affected us in the bypoll which saw a low polling of 57.8 per cent,” he said.

According to Mohanan, there was no discussion or assessment within the CPM on fielding a party
candidate instead of Manu Roy.  “Manu is the party’s choice. It was a hard-fought battle. Right from the start of the campaign, UDF was forced on to the back foot over the Palarivattom flyover graft and corporation’s misgovernance. But it is the adverse weather which derailed us,” he said.

Congress leadership mulls retaining T J Vinodh as Kochi deputy mayor
Kochi: The Ernakulam District Congress leadership is planning to retain T J Vinodh as the deputy mayor in order to avoid factional feud in the corporation council. “Nearly two years ago, Madhya Pradesh HC had permitted Indore Mayor Malini Gaud to enjoy the post of MLA and Mayor posts simultaneously. The HC had found that it was not a violation of the Constitution to continue in two posts at a time. We are also planning to use the possibility of that HC verdict. We will have to take a legal opinion. If we can’t go ahead with this plan, we will select a new deputy mayor,” said a top source in the Congress.

Now we are on Telegram too. Follow us for updates
TAGS
LDF UDF CPM Kerala bypoll