Kunhalikutty also advised the media to be more vigilant in reporting news related to the challenges faced by the country as there were attempts to weaken secular groups.

KOZHIKODE:  “The reports regarding the IUML leadership meeting are just imaginary and hence I prefer not to respond to the same,” said IUML general secretary PK Kunhalikutty, MP. He was talking to media persons in Kozhikode on Thursday about the upcoming by-election in Pala when he was repeatedly asked about the apprehensions raised against him at the IUML meeting. 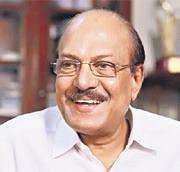 Regarding reports that the IUML slammed Kunhalikutty for not engaging efficiently in issues, including Triple Talaq Bill which affects minority communities, he said that there was no truth in this and it was just a cooked-up story. In the leadership meet held on Wednesday at Kozhikode, KM Shaji, MLA, and M K Muneer, MLA, criticised Kunhalikutty for not taking any stand or raising his voice in Parliament.

Kunhalikutty also advised the media to be more vigilant in reporting news related to the challenges faced by the country as there were attempts to weaken secular groups. Unfortunately, the media is concerned about highlighting minor issues happening within the secular groups, rather than major issues, he said. The stand taken by the IUML in the Citizenship (Amendment) Bill, 2019 and Triple Talaq Bill was widely appreciated even by leaders of other political parties.

Now we are on Telegram too. Follow us for updates
TAGS
IUML PK Kunhalikutty