With the deadline set by the Supreme Court for the demolition of apartments at Maradu fast approaching, the government finds itself in a tricky situation.

With the deadline set by the Supreme Court for the demolition of apartments at Maradu fast approaching, the government finds itself in a tricky situation. On the one hand it has to fulfil its constitutional obligation of implementing the court order and on the other, it is faced with the plight of nearly 400 families. In an interview to Express Chief Reporter Sovi Vidyadharan, Local Self-Government Minister A C Moideen said the government has no other way but to begin the process of implementing the court order. At the same time, the government will explore all legal options left, in consultation with the apartment owners. The government also places hopes on the curative petition filed in the apex court by the apartment owners. 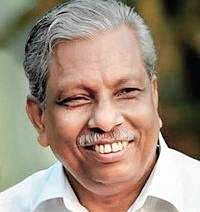 Excerpts:
Q: What stance has the government adopted in the wake of the Supreme Court ultimatum?
A: The Supreme Court has given a clear ultimatum to the government to implement its order regarding the apartments and we have started the proceedings. It is the (Maradu) municipality which has to implement the order. The government will give the necessary directives to the civic body. The municipality has already given a notice to the apartment owners. Besides, the civic body has also issued tender advertisements for demolition work.
Q: Does it mean the demolition work is going to start immediately?
A: The demolition work is a complex process that will take time. The dismantling of such huge structures will have an environmental and economic impact which will have to be taken into account. However, we have directed the local body to begin the process.
Q: On the one hand the government has to implement the court order but on the other hand nearly 400 families are facing eviction?
A: The government is aware of the humanitarian aspect of this case right from the beginning. Many of the residents have invested their entire life’s savings to buy the apartments. The government has discussed all aspects with the apartment owners and we are trying to find a way out.

Q: Has the humanitarian aspect of this issue been completely sidelined?
A: Not at all. The government doesn’t want the apartment owners to land on the streets. At the same time, it is duty-bound to obey the Supreme Court order. It’s a very tricky situation that the government is faced with now and we are dealing with it carefully.
Q: There are demands from some quarters that the government should compensate the apartment owners?
A: We have not yet discussed this aspect. The government has directed the District Collector to ensure that steps are taken to rehabilitate the apartment owners in the event of an eviction. Meanwhile, we are also watching how the case unfolds in the Supreme Court in the wake of the curative petition.

Now we are on Telegram too. Follow us for updates
TAGS
Maradu