The flat trajectory: The never-ending predicament of Maradu residents

With just five days to go for the deadline set by the SC to demolish the five apartment complexes in Maradu to expire, there is concern among the public about the fate of the 350 apartment owners.

KOCHI: As the clock ticks away for the 357 families staying in the five apartment complexes which the Supreme Court ordered to demolish before September 20, the residents are caught in a quagmire. While political parties are scampering to exploit the sentiments of the evictees, environmentalists have raised concern over the move to legalise illegal constructions in the name of sentiments.

As the deadline to vacate the flats ended at 5 pm on Saturday, the families have launched a relay sit-in at Holy faith H2O apartment claiming that the demolition was a violation of their right to live. While the visit of political bigwigs has ignited hope among the residents, legal experts say chances for reversing the order are bleak. 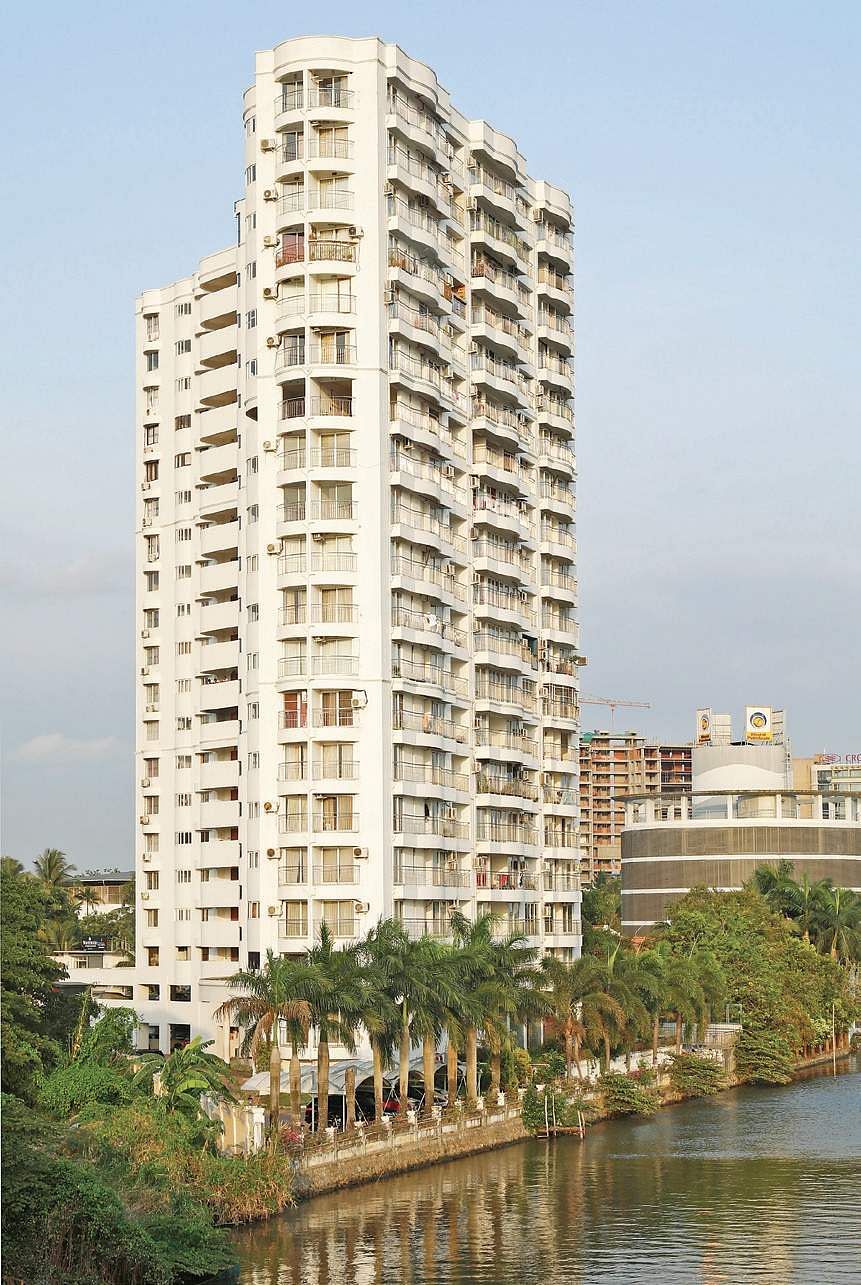 “The government has issued instructions to the municipal employees to implement the order as instructed by the Supreme Court. We cannot comment on the future course of action,”  said Maradu municipal vice-chairman Boban Nedumparambil.

On May 8, 2019, the Supreme Court had ordered the demolition of the five apartment complexes built on the notified Coastal Regulatory Zone (CRZ) in Maradu. As Kerala failed to implement the order, the Supreme Court on September 6 came down heavily on the state government. A Bench comprising Justice Arun Mishra and Justice M R Shah directed the state government to demolish the apartments before September 20 and asked Kerala Chief Secretary to be present in the courtroom on September 23.

Subsequently, the municipality served notices on all the residents of the five apartments asking them to vacate the flats by September 14. The flat owners, however, refused to vacate alleging that it was a violation of their rights to live. The permission to construct the buildings was granted in 2006 when Maradu was a panchayat. However, it was upgraded a municipality in 2010. The builders of the apartments claim that the building permit was granted before the Coastal Regulation Zone Act came into force. There was no CRZ mapping available when the project was sanctioned. Though a show-cause notice was issued alleging CRZ violation after the construction started, the High Court had stayed the show cause notice. The Coastal Zone Management Authority (CZMA), which was made a party in the case, never argued in the court the building permit issued by the panchayat was illegal, say builders.

They argue that the apex court-appointed three-member committee did not give them a proper hearing on the show cause notice pertaining to violations.
Meanwhile, the Supreme Court order has triggered a debate over the real culprits behind the illegal constructions. Environment activists demand stringent action against the bureaucrats, political leaders and builders who form an unholy nexus to grant permission for big projects paying scant regard to ecological consequences.

“Violation of environment rules and sentiments of the evictees should be viewed separately. We never recommended demolition of the apartments. Maradu panchayat was classified as Coastal Regulation Zone - III in the 1991 notification and no construction was permitted within 200 m from the high tide line. The SC has ordered demolition after getting convinced about the violation and it should be honoured,” said Kerala Coastal Regulation Management Zone (KCZMA) former member Lala Das.
“The KCZMA has initiated action against 30 big projects and the cases are pending before various courts. Implementation of the SC order will act as a deterrent, dissuading potential wrongdoers from violating the law of the land,” he said.

According to National Centre for Earth Science Studies scientist K K Ramachandran, who had served as member secretary of KCZMA for 4 years, the constructions in Maradu amounted to blatant violation of CRZ rules. “We honour the sentiments of the flat owners who have invested their life-time savings to buy flats in the illegal buildings. But law cannot be purchased. Unfortunately, people fan the sentiments of the victims to make the law bend. Maradu fell under CRZ III as per the CRZ notification issued in 1991 and 2011. Only the recent notification has brought it under CRZ II. Only the law at the time of the violation is applicable. The law does not allow regularisation of environment rules violation by accepting the penalty,” he said.

However, environment scientist Subhash Chandra Bose said the government should consider the sentiments of the flat owners as they were cheated by the builders and the bureaucrats.
“The apartments didn’t come up in a day or two. The authorities did not stop the work when the construction was progressing. The buildings were granted permits, building number and power connection by the government officials, who should be held responsible for the plight of the flat owners. The issue should be approached keeping in view the social, legal and environmental angles,” he said.

“The politicians of all hues have joined hands and started shedding crocodile tears over the plight of the 357 families who are being evicted from illegal apartments. But where were these politicians when the police mercilessly kicked out 326 families from their houses in Moolampilly. They had no sentiments for the tribals who launched Chengara struggle for the promised land,” said activist C R Neelakantan.

Now we are on Telegram too. Follow us for updates
TAGS
Maradu