With state witnessing large number of cases, especially in clusters from certain areas and risk of further spread remaining high, testing will be extended to more places

THIRUVANANTHAPURAM: To check any instance of community transmission of coronavirus, the state for the first time conducted rapid antibody tests on Saturday.The tests took place at Pothencode in Thiruvananthapuram district. With the state witnessing a large number of cases, especially in clusters from certain areas, and the risk of further spread remaining very high, rapid testing will be extended to more places, health department officials said.However, the state has come for criticism for conducting the exercise even before Indian Council of Medical Research (ICMR), the apex body for biomedical research, came out with a detailed guideline for the same.

“The Centre has conveyed that there are seven potential hotspots in the state, viz. Kasaragod, Malappuram, Thrissur, Kannur, Kozhikode, Ernakulam and Thiruvananthapuram. Thus, mass testing is crucial. At the same time, the availability of rapid test kits is also important,” said a health department official.“We have prepared a list of places where the rapid testing will have to be urgently undertaken. Other than the 2,000 kits expected, Sree Chitra Tirunal Institute for Medical Sciences and Technology and Rajiv Gandhi Centre for Biotechnology are also developing rapid test kits,” added the officer. 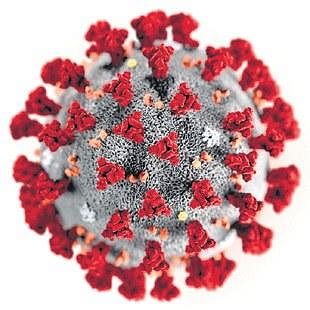 It is learnt that the state will either use RT-PCR rapid testing kit or testing strips to detect antibodies to the coronavirus in the blood. The test kit works like an at-home pregnancy test, with a paper readout and a coloured line to indicate infection.

Why Pothencode?
The mystery over Abdul Azeez contracting Covid-19 and his subsequent death while under treatment at the Thiruvananthapuram Medical College on March 31 made the health department think of conducting rapid tests. As the department couldn’t confirm the source of transmission, the fear of community transmission was also raised.It was to clear such doubts that the rapid testing was recommended at Pothencode.

Questions arise
At the same time, the propriety of conducting the rapid tests is being questioned by a section of health department officials as they alleged that it was conducted with an ‘unnecessary haste’. “ICMR has issued only an interim advisory for the use of rapid antibody test. The department could have waited for a detailed guideline, expected to release on Saturday or Sunday,” said an official.But health department officials point out that before the rapid testing began, it had taken the advice of the State Expert Group and State Medical Board.

A total of 171 samples were collected from the capital district for the rapid RT-PCR testing on Saturday. Of this 32 samples are of Pothencode residents’ who suspected to have come in close contact with Abdul Azeez. According to officials, they will announce the results on Sunday. “Samples were collected from people quarantined in IMG Hostel, MarIvanios College and University and Women’s Colleges. Thirty-two persons from Pothencode was brought to IMG in a special KSRTC bus. Four teams of doctors are engaged in the sample collection drive,” said health department official.

While the state used the first batch of 1,000 RT-PCR kits at Pothencode, another batch of 2,000 kits is expected to arrive on Sunday. The state has already approached the Centre seeking permission to procure kits from Hong Kong. It is learnt that the state will either use RT-PCR rapid testing kit or testing strips to detect antibodies to the coronavirus in the blood.