KOCHI: Missing his flight to Kerala turned out to be a double blessing in disguise for 38-year-old Malappuram native Naufal Mon Vettan. Not only he escaped the accident, but he also got back the job he lost in Sharjah.

“I’m thankful to Allah and my prayers are for the families of the victims,” he said, yet to get over the fact that it’s a new life for him by the quirk of fate.

This is his story.

After having lost his job, Naufal reached the Dubai airport 9 am to board the flight to Kozhikode on Friday – the ill-fated airplane which slipped off from the tabletop runway killing18 and injuring several others in the next few hours. “My COVID tests were through and I got my boarding pass. But at the emigration counter, they told me that my visa had expired and I need to pay another 1200 dirhams to proceed,” he told TNIE from Sharjah.

Naufal worked in Al Wahda Private School, Sharjah, under the Athena Education in Dubai. “The company had cleared all my documents. I tried to procure the money the emigration officials charged at the airport itself so that I could return back to Kerala. But before anything could happen, the flight took off,” he said. 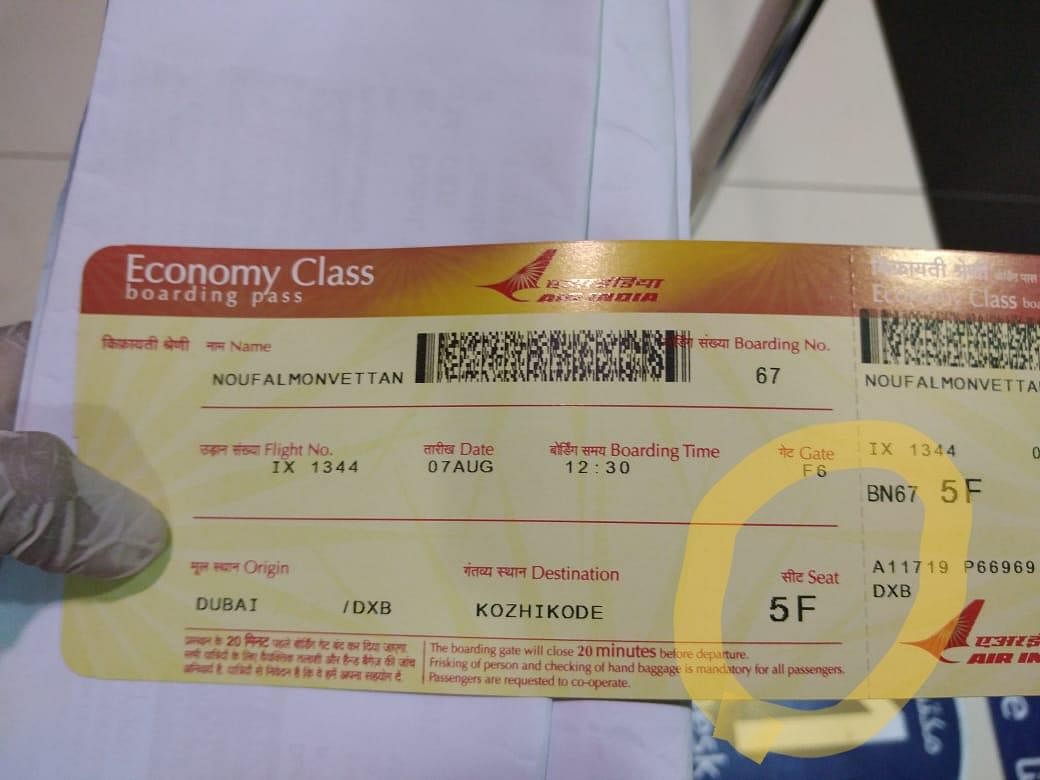 There has been an extension for visa expiries till December this year due to COVID-19 to help people stranded in the UAE. However, in emigration’s computer system it showed that Naufal's visa had expired on July 12. “So, they put the fine amount from July 12 to August 7, which comes to about 1200 dirhams,” he said.

Naufal said he came to know about the accident later when returned back to his room.  “While I'm happy that I didn’t board the ill-fated flight, I’m also sad learning about the accident and the victims. Several people have died. My prayers are with their families,” Naufal said.

Does he know anyone on the flight? “There is a man I know who took the flight. He is injured but he’s okay. He called me. But there is another woman and a small child. I don’t know what happened to them,” said Naufal.

There was one more pleasant news waiting for Naufal. After learning about his narrow escape, the company has decided to call reinstate him with a salary raise. “I’m thankful to the officials at Athena for reinstating me. I’m told there’s a salary hike too,” he said.