The English translation of the work will be published during the Sharjah International Book Fair in November, said Roopesh.

KANNUR: December 30, 2005, was a momentous day in Chithralekha's life. It was on this day that her autorickshaw with registration number KL 13 L 8527 was burnt down by CPM workers in front of her house at Edattu near Payyannur. It was the culmination of months-long harassment by CPM workers since she started her career as an autorickshaw driver on October 11, 2004, at Edattu.

Things turned even worse after this incident, as Chithralekha had to flee Edattu with her husband Shreeshkanth leaving their house behind and move to a new house at Puthiyatheru. 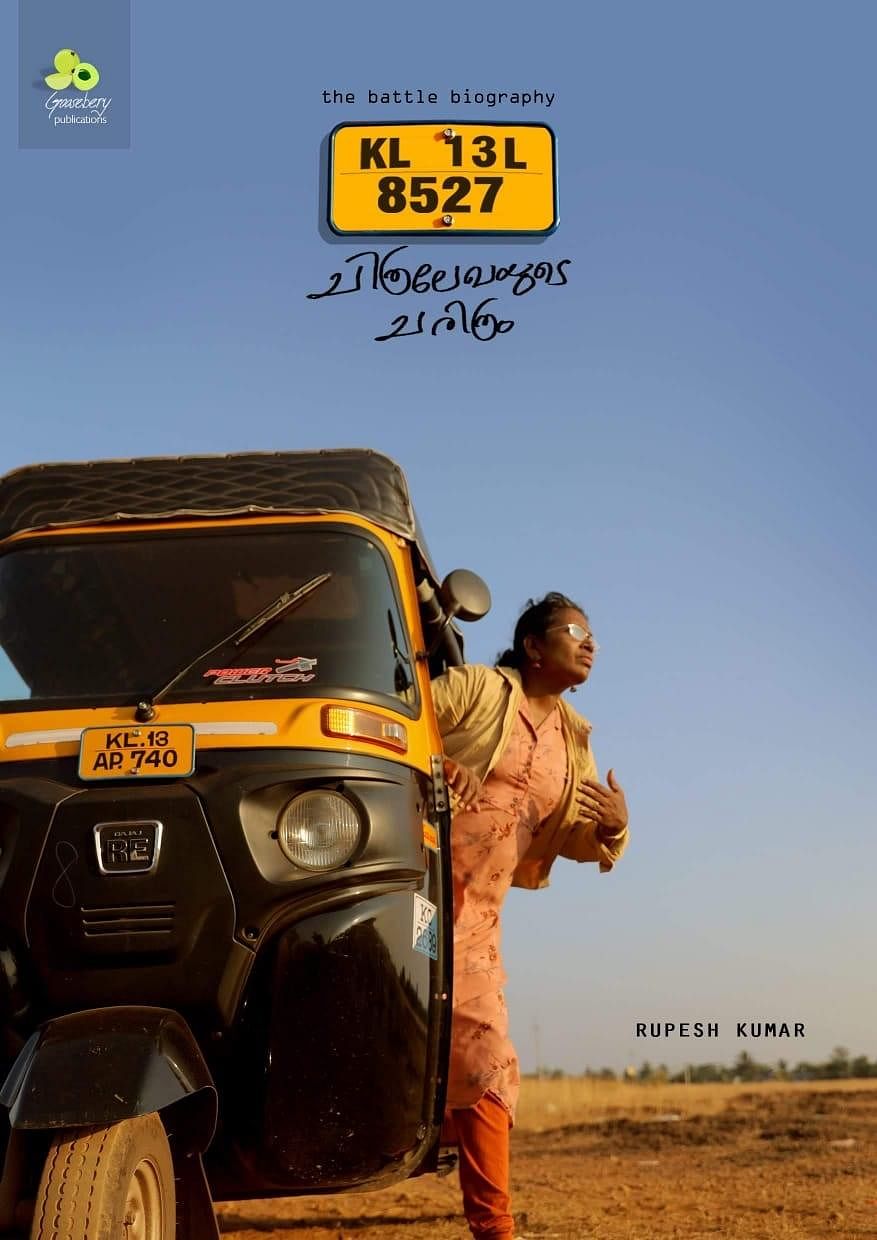 Now, a biography of E Chithralekha, 43, gets ready to be published in March. The book titled 'KL13 L 8527', written by Dalit activist Roopesh Kumar, deals with the life of Chithralekha in general and the socio-political situation of North Malabar, especially of Kannur, which is being touted as a liberal and progressive society.

"That concept is a myth, consciously spread by the CPM propagandists over the years," said Roopesh, 43. "If you take a look at the life of Chithralekha, a Pulaya woman (Scheduled Caste), you can easily discern that fact that the casteist mentality of the CPM of Kannur had ruined her life, as they just couldn't tolerate the presence of a Pulaya woman in the mainstream of society," he said.

Her marriage with Shreeshkanth, who belongs to Thiyya community, was also not taken lightly by the local CPM members at Edattu. He too had to suffer taunts and humiliations from them, said Chithralekha.

"What they say about the redemption of the downtrodden in public is a sham. What I faced in life is the real picture. How they humiliated me in public by not allowing to me to do my job and physically and mentally abusing me are depicted in this book in detail. It will be a testament to the CPM's intolerance," she said. "To demoralise me and my family, they had even raised allegations of prostitution against me," she added.

The English translation of the work will be published during the Sharjah International Book Fair in November, said Roopesh.

Stay up to date on all the latest Kerala news with The New Indian Express App. Download now
TAGS
Kannur CPM