Won’t quit on the basis of wild allegations: Pinarayi Vijayan

In response to a query, the Chief Minister said no investigation was necessary on the circumstances leading to the removal of M Sivasankar IAS from his official duties.

THIRUVANANTHAPURAM: CHIEF Minister Pinarayi Vijayan on Thursday told the Opposition that attempts to unseat him from his post on the basis of wild allegations relating to the gold smuggling case will not succeed.Terming as natural the Opposition’s urge to oust him, Pinarayi reminded them not to adopt unscrupulous means to realise their objective. 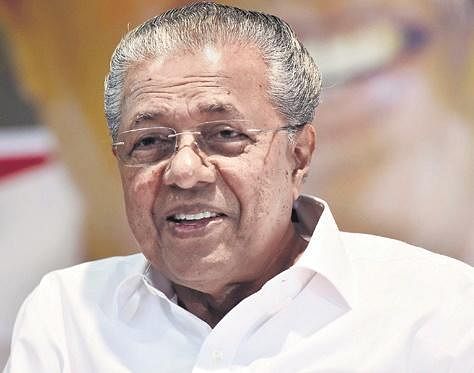 Noting that incidents of smuggling were on the rise in the state, Pianrayi said all the culprits involved in the illegal activity that robs the country of its wealth, should be brought to book.

Asked about the letter to the Centre seeking a coordinated probe by various central agencies, Pinarayi said that state has limitations in intervening in such a case. The letter was written to the Prime Minister offering state’s help in any sort of probe that the Central agencies would conduct, he added.

Pinarayi said the allegations relating to gold smuggling were untimely when the state was battling the worsening Covid situation.“Our focus should be on the larger issue facing the state,” he reminded.

In response to a query, the Chief Minister said no investigation was necessary on the circumstances leading to the removal of M Sivasankar IAS from his official duties.

Now we are on Telegram too. Follow us for updates
TAGS
Pinarayi Vijayan gold smuggling case