Terming the smuggling row an experience, Kodiyeri asked everyone to be vigilant.

THIRUVANANTHAPURAM: The CPM leadership feels that the gold smuggling case and related controversies have tarnished the Left government’s image and is upset about the bureaucratic lapses in the chief minister’s office.The CPM secretariat, which met on Friday, categorically said it is not happy with the smuggling controversy and the way the CMO is run though it extended total support to CM Pinarayi Vijayan and his government.

“Bureaucrats can’t hover above the government. It won’t be allowed,” said CPM state secretary Kodiyeri Balakrishnan while briefing the media on the meeting.As the government — which is into its final year of the term — faces one of the biggest crises, the CPM felt there is an urgent need to monitor bureaucrats who run ministers’ offices including that of the CM. A call for political vigil to ensure that the decisions taken by bureaucrats do not lead to a political setback was made. 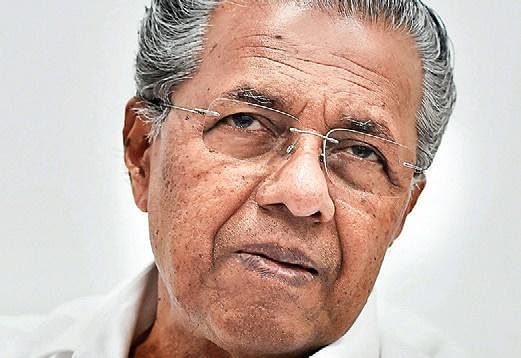 Terming the smuggling row an experience, Kodiyeri asked everyone to be vigilant.Though the secretariat did not point fingers directly at Pinarayi, it was apparent that the ugly episode has landed the CPM strongman on a sticky wicket.

‘Gold comes in saffron & green colours, not in red’
T’Puram: Both the Opposition UDF and BJP are trying to destabilise the government with political motives, alleged CPM state secretary Kodiyeri Balakrishnan. Briefing the media on party secretariat decisions here, Kodiyeri said in spite of the government suspending IAS officer M Sivasankar, there is a deliberate campaign by the Opposition parties to target the chief minister and his office. In an apparent indiction that the BJP and the Muslim League are behind gold smuggling into the state, Kodiyeri said smuggled gold comes into Kerala in saffron and green colours, and not in red.

‘Lack of vigil in running of CMO was evident’

The party observed, in the backdrop of smuggling, that a lack of vigil in the running of the CMO was evident. The leadership felt that a failure in foreseeing what might happen and controlling bureaucrats led to the controversies and helped the Opposition cash in on them. Pinarayi explained his stance. The CM said he trusted his former secretary M Sivasankar, having found him to be an efficient officer based on his past record. He, however, assured his party colleagues there wasn’t any cause for concern over the smuggling case per se. If theinvestigation moves in the right direction, it could even lead to a few parties in the Opposition, he said.

Kodiyeri backed CM. “There were no lapses on the part of the chief minister. Soon after the issue broke out, he ordered a probe and action was taken without losing a single moment. He was able to take the right decision,” said the state secretary. The CPM feels that allegations over the role of the CMO in the smuggling case may have dented the goodwill that the government earned for its Covid fight.The criticism against the CMO comes at a time when there are demands from within the CPM itself that the party should exercise more control over the office.

The party is of the view that the government need not show any special favour towards Sivasankar. “Neither the CM nor the CMO has any role in the issue. An officer with the CMO was found to have relations with one of the accused. The CM and his office are clean,” said Kodiyeri as if to drive home the point.

Two more arrested
Kochi: The Customs arrested two persons who funded the purchase of gold which was smuggled in a diplomatic baggage.

Now we are on Telegram too. Follow us for updates
TAGS
CPM Pinarayi Vijayan