Valuation camps for Higher Secondary Education examinations began on Wednesday amid protests by a section of teachers.

THIRUVANANTHAPURAM: Valuation camps for Higher Secondary Education examinations began on Wednesday amid protests by a section of teachers. Only 23 per cent of the designated 33 per cent teachers attended the evaluation camps held across 88 centres in the state. Lack of transportation and the ongoing protests by two opposition-led teachers’ associations resulted in the fall in attendance. 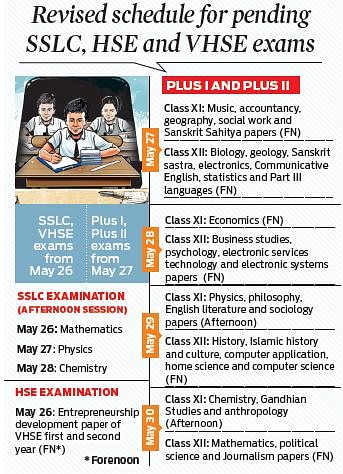 In Kozhikode alone, only 89 of the 300 teachers showed up for valuation. However, full attendance was registered at Thrissur, Palakkad and Alappuzha. Statistics with teachers’ organisations reveal, of the 60 per cent of HSS teachers who are women, only 10 per cent have their own vehicles, while majority are dependent on public transport.

However, SS Vivekanandan, joint director, HSE ( Examination Wing) told TNIE the absence of a section of teachers has not affected the valuation process. He also denied a high drop in attendance of evaluators at the camps.