How Kerala fared during lockdown 3.0

On May 7, the first batch of expatriates from Abu Dhabi and Dubai under the ‘Vande Bharat Mission’ arrived in the state.

Malayalis stranded in other states started returning to Kerala from May 4 after the government opened the checkposts at six entry points — Manjeshwar (Kasaragod), Muthanga (Wayanad), Walayar (Palakkad), Kumily (Idukki), Aryankavu (Kollam) and Inchivila (T’Puram). So far, a total of 55,086 people have entered the state through these border checkposts.

On May 7, the first batch of expatriates from Abu Dhabi and Dubai under the ‘Vande Bharat Mission’ arrived in the state. As many as 3,467 expats have landed in the state through three airports.

The Indian Navy ship INS Jalashwa, carrying 698 stranded Indians arrived from Maldives at the Kochi port on May 10

The first special train from New Delhi to Thiruvananthapuram carrying 1,026 passengers reached the Kozhikode railway station on May 14. 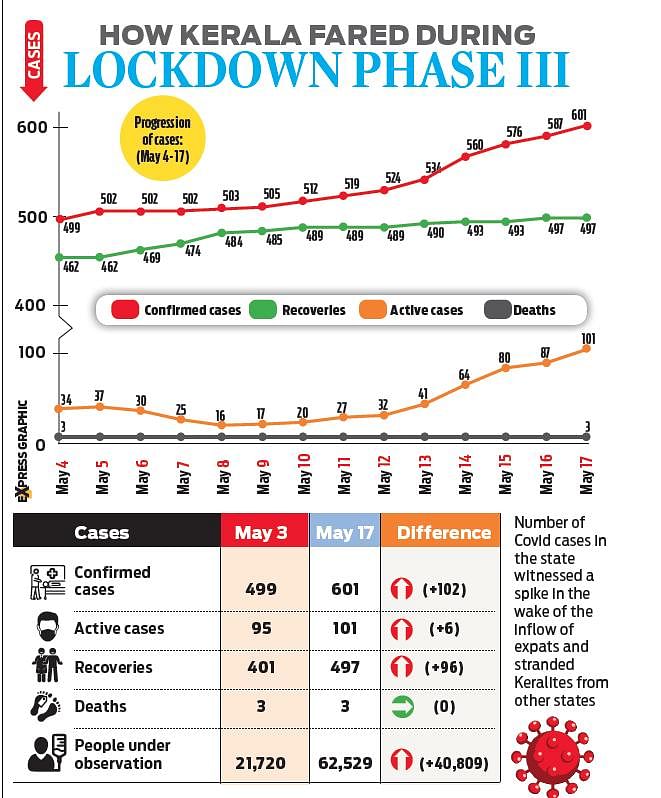 More from Kerala.
Now we are on Telegram too. Follow us for updates
TAGS
India under lockdown Lockdown 4.0 Coronavirus