KOZHIKODE: While 90.3% of elephant deaths were attributed to natural causes like disease, accidents, predation and infighting, 11 jumbos lost their lives because of human intervention. The main reasons are hunting, chewing explosives, electrocution and poisoning

Data with the Kerala forest and wildlife department shows that 113 wild elephants died in the state in 2020. While a vast majority (90.3 per cent) of elephant deaths were attributed to natural causes like disease, accidents, predation and infighting, 11 jumbos lost their lives because of human intervention.

The principal reasons are hunting, chewing explosives, electrocution and poisoning. According to BN Anjan Kumar, conservator of forests (CF) and technical assistant to the chief wildlife warden, the overall figures are not too worrying but the numbers can be misleading in terms of the extent of human intervention.

“The number of unnatural deaths exceeding 30 per cent of the total deaths would be a cause for grave concern. In that sense, the current figure is not worrisome. At the same time, a natural elephant death doesn’t mean there is no human intervention, but only that there is no direct human intervention,” Kumar said.The lack of a scientific parameter is a huge hindrance in analysing conclusively the numbers relating to elephant deaths, he said. 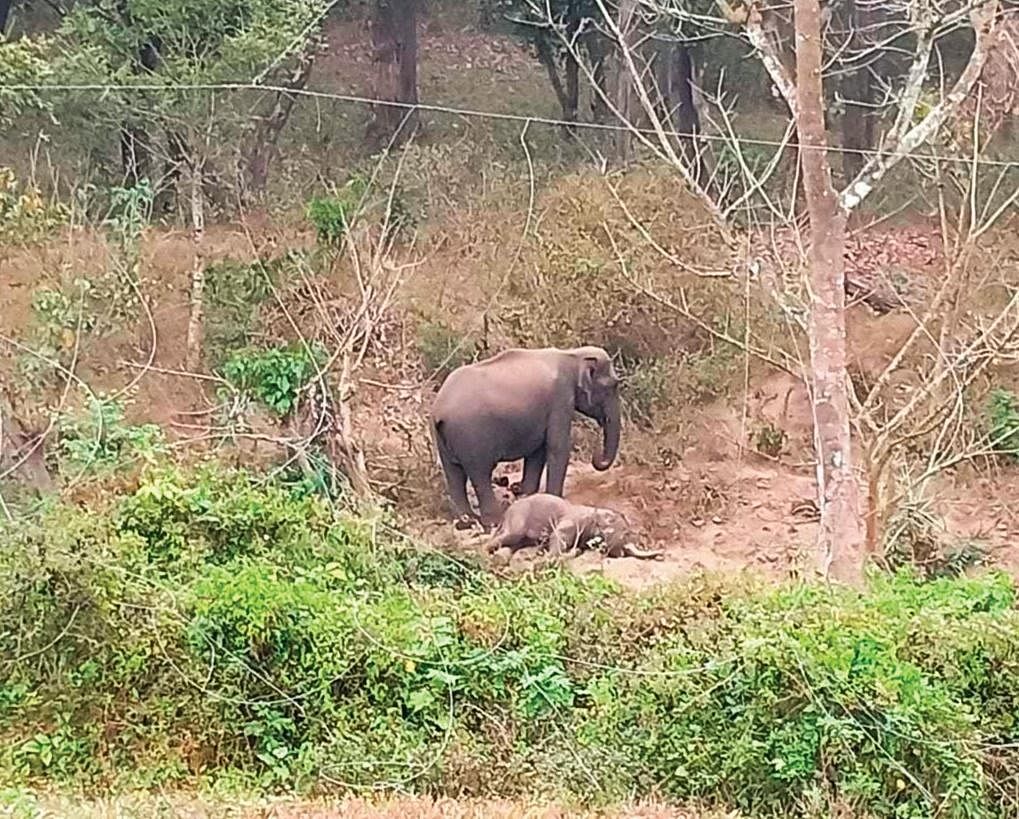 “We compare the number of deaths with the population of wild elephants and arrive at a general conclusion,” the officer said. Among the deaths that happened last year, the most poignant and sensational was that of a 15-year-old pregnant elephant which accidentally chewed on an explosive-laden snare and died standing in water under the Mannarkad division on May 27.

A total of 5,706 wild elephants
According to the 2018 census, the wild elephant population in the state is 5,706. And the number of wild elephant deaths in the past decade (2009-10 to 2018-19) stood at 849. In 2020, natural accidents (39) topped the list of causes for elephant deaths. Experts say jumbos getting washed away during floods and falling from huge rocks may have contributed to the high number of accident deaths. Significantly, only a single case of hunting was identified last year. That incident happened in the Malayattoor division on November 15 when a male elephant was killed. Poisoning also caused a death, in the Konni division on July 7.

District-wise, Wayanad reported the highest casualties of wild jumbos — 19.“The life expectancy of captive elephants in Kerala is 70 to 80 years whereas that of wild elephants is only 60 years,” said Anjan Kumar. Forest veterinary surgeon Dr Arun Zachariah said a mortality rate of 10 to 15 per cent, in proportion to the elephant population, is normal.

“But all these surveys are not accurate data but estimates. For instance, we can’t get the exact number of wild elephants in Wayanad as they keep moving across the Tamil Nadu-Kerala-Karnataka corridor. Over the years, hunting and poaching have come down significantly. But to get a comprehensive picture, a single year’s data is not enough,” he observed. Dr P S Easa, former director of Kerala Forest Research Institute, too felt that 113 deaths is not a worrying number. “The spread of any disease causing death would be alarming,” he pointed out.

Three deaths in January
The new year has already seen three elephant deaths in the state, all happening on January 3. The jumbo rescued from an abandoned well at Aanakkampoyil in Kozhikode died after being released in the forest while a calf was found dead in the Kurichiyad range in Wayanad and another died of electrocution in the Karularyi forest in Malappuram.

Now we are on Telegram too. Follow us for updates
TAGS
Wild elephants death