The New Indian Express is all set to keep its tryst with Eastern India’s biggest literary extravaganza - Odisha Literary Festival.

BHUBANESWAR: The New Indian Express is all set to keep its tryst with Eastern India’s biggest literary extravaganza - Odisha Literary Festival. The fifth edition of the grand affair will take off in the City on Saturday.

A galaxy of eminent personalities from varied fields of politics, economics, history, academics, films, publishing, advertising and brand strategy with luminous contribution to literature will chair the TNIE platform and share their vast repertoire of experience and insight with the people of Odisha widely known for its rich literary heritage. 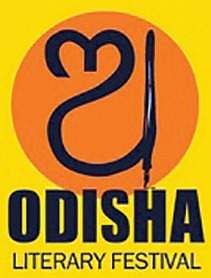 With a wide array of contemporary subjects to be discussed and debated over 12 different sessions, the festival packs in all the ingredients to kindle the minds of intellectuals and the masses alike. Not just the adults, the OLF will also have story-telling and quiz sessions which are a huge draw for the youngsters.

Chief Minister Naveen Patnaik, who has lent invaluable support to the festival through his presence right from the first chapter, will deliver the keynote address at the closing ceremony on Sunday.

The fifth edition of the OLF will be unveiled by Union Minister for Petroleum and Natural Gas Dharmendra Pradhan in presence of Editorial Director of The New Indian Express Group and acclaimed journalist Prabhu Chawla.

Former Union Minister and senior Congress leader Salman Khurshid, an accomplished writer himself, would engage in a conversation with Vikram Sampath on a very critical and socially relevant issue “The Muslim Saga” on the first evening which will also see Meenakashi Madhavan Reddy, Nirmal Kanti, Radha Chakravarty and Rakshanda Jalil debating on English as an Indian language. The first day would wind up with “Storybaazi” by Divya Prakash Dubey.

The second day will kick off with Quizmaster Soumyadip Chowdhury regaling students with a Sportquiz session. Since Odia literature has been an integral part of OLF tradition, the second day will see acclaimed writers such as Devdas Chhotray, Susmita Bagchi and Yashodhara Mishra exchanging views on contemporary Odia literature’s relevance in India which promises to be an engrossing session.

While “History: A question of interpretation” promises to be a stirring session on currents and counter-currents of Indian history with Anirban Ganguly and Samuel Berthet in the panel, eminent economist and NITI Ayog member Bibek Debroy will speak on relevance of Mahabharata in contemporary Indian society.

Similarly, Bollywood actor and writer Piyush Mishra will be conversing with Divya Prakash Dubey while Radharani Mitra, Ravinder Singh and VK Karthika will talk about marketing and branding sides of literature. Another key session of the second day will be on “Biographies: Are they literature or PR” which would feature Anirban Ganguly, Gautam Chintamani, Prabeen Singh and Manu Pillai.