No water, no vote, say villagers

Villagers of Khadakuda in Ganjam block have threatened to boycott the ensuing Panchayat Election if the water problems in their village are not addressed before the polls.

BERHAMPUR: Villagers of Khadakuda in Ganjam block have threatened to boycott the ensuing Panchayat Election if the water problems in their village are not addressed before the polls.
Khadakuda village under Kainchapur panchayat has a population of 800 people, who are forced to walk for several miles to fetch drinking water from Puintola. Water in open wells and ponds in their village are unfit for consumption. 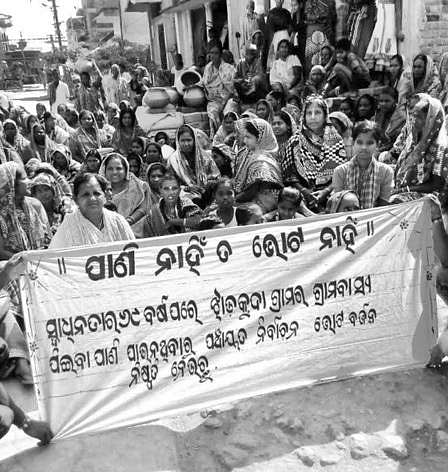 Although the villagers have staged agitation over the problem several times in the past, the authorities concerned are yet to pay heed. Water supply through tankers is also irregular.
On Monday, women of the village staged a demonstration and threatened to boycott polls if provision for water supply to the village is done before February 13. The villagers, in the past, have submitted memorandum in this regard to the Collector, BDO and Tehsildar.
The women called off the stir after RWSS officials assured to regularise water supply through tankers till piped water supply system is installed in the village.
Contacted, RWSS officials informed that the proposal for piped water supply in the village was submitted to the State Government in May last year. It is yet to be approved.