Campaigning for the third phase in Jagatsinghpur has been intensified by candidates, who are all out to woo the voters with various incentives.

JAGATSINGHPUR: Campaigning for the third phase panchayat election in Tirtol block in Jagatsinghpur has been intensified by candidates, who are all out to woo the voters with various incentives.
Candidates standing humbly at doorsteps with folded hands and asking for votes is a common sight these days. While some are giving cash for liquor, some are recharging mobile phones of voters with cash and even distributing tea and coffee during campaigning. 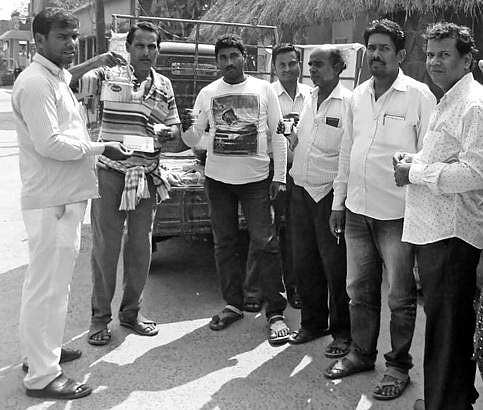 The candidates are also not sparing any effort to familiarise the voters with their election symbols.

A panchayat samiti member candidate, Ashok Kumar Das, who is contesting from the newly formed Pipalmadhab panchayat under Tirtol block, is wooing the voters with ‘paan’, teas and coffee.

Every day, he carries an LPG cylinder in a three-wheeler along with a kettle, plastic cups, betel, tea and coffee and moves around streets offering free tea, coffee and ‘paan’ to people. And with every freebie, he gives people a pamphlet urging them to vote for him.

A Sarpanch candidate of Tirtol panchayat, Binay Mohapatra, is conducting cricket matches among youths. He has formed a cricket team with the help of his supporters and they are organising cricket matches to draw voters. Everyone participating in the matches gets a green jersey for free. The cricket team members are also approaching every household in the area to campaign for Mohapatra.