BHUBANESWAR: Master strategist and architect of Biju Janata Dal’s political fortune Pyari Mohan Mohapatra is no more. The end came at 9.40 pm on Sunday at the PD Hinduja National Hospital and Medical Research Centre, Mumbai where he was under treatment for the last several months. Mohapatra (77) is survived by his wife, two sons and two daughters.

For a larger part of the last decade and a half, the bureaucrat-turned-political leader had unquestioned control - carte blanche - over the ruling party. It is Mohapatra who turned BJD from a fledgling regional outfit to a regional power centre with his extraordinary political acumen.
Mohapatra remained a close associate of Chief Minister Naveen Patnaik for more than 10 years and called the shots in BJD which he nurtured and strengthened till he fell out with Naveen in 2012. He not only shaped the fortune of BJD in Odisha but also helped establish a strong base for the party. 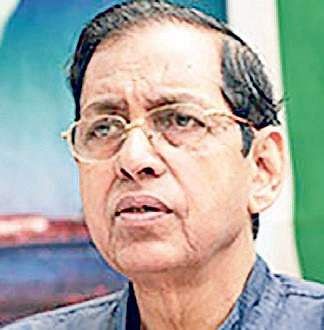 Considered a political strategist par excellence, Mohapatra was the brain behind many schemes launched by the BJD Government while he was close to the Chief Minister. His influence in BJD was so far reaching that for some years, nothing moved without his approval. There was a time when Mohapatra decided formation of ministry, distribution of portfolios and BJD tickets for Lok Sabha, Rajya Sabha and even panchayat elections.

He was also instrumental in establishing BJD as the invincible force in Odisha politics by taking the regional party out of NDA fold by severing ties with alliance partner BJP just before the 2009 General Elections over 2008 communal riots in Kandhamal. While Mohapatra groomed, nurtured and established many young leaders in the BJD who now occupy positions of influence in the Government and the party, he also neutralised his rivals including senior leader Bijoy Mohapatra with clinical precision.
However, the midnight incident of May 29, 2012 changed all that and the party in which he was the de facto chief expelled him. After he parted ways with Naveen and BJD, Mohapatra floated the Odisha Jana Morcha (OJM) in April, 2013 to challenge the hegemony of the ruling party.
Though the OJM was not as successful as expected by him, the party gave sleepless nights to many in the BJD including the Chief Minister.

Before his success in politics, Mohapatra served as an able administrator. Born on January 25, 1940, Mohapatra joined the Indian Administrative Service (IAS) in 1963. The high point of Mohapatra’s career as a bureaucrat was when he served as the principal secretary to the then chief minister Biju Patnaik for four years.
Active in student politics in 1950s’, Mohapatra was a Leftist Gandhian by temperament and conviction and championed the cause of women, children and tribals. As an IAS officer, Mohapatra served in different capacities for 35 years till his retirement in January, 1998.

He worked in finance, industries, education, revenue, excise and steel and mines departments in Odisha. Besides, he was the chief electoral officer, Odisha for 7 years and Development Commissioner. He was the chairman of the Dandakaranya Development Authority.
Elected to Rajya Sabha in 2004 and 2010, Mohapatra was active in several other fields including women and tribal development. He was the founder, patron and life member of Manoj Manjari Sishu Bhawan, a home for orphans and abandoned children in Keonjhar since 1973.

He was the founder chairman and remained in the Board of Governors of the Council of Analytical Tribal Studies and was engaged in research on tribal issues at micro-level in Koraput since 1993. He was the chairman of the Tagore Society for Rural Development, Orissa Projects, an organisation started by late Jaiprakash Narayan for integrated village development on Gandhian model, Bhubaneswar since 1997.
Mohapatra was instrumental in construction of the Jagannath Temple at Koraput and was its president since 1977.