The State Government has set a target to complete construction of the flyover at Bomikhal, which collapsed twice during the last nine months, in next two months.

BHUBANESWAR: The State Government has set a target to complete construction of the flyover at Bomikhal, which collapsed twice during the last nine months, in next two months. The Lingaraj flyover will also be completed during the same period.

Announcing the deadline to complete the two flyovers, Works Minister Prafulla Mallik said the remaining construction work of the flyovers will be taken up by the State Government through its own agencies. The Works department will take up the remaining work of the flyover at Bomikhal at an estimated cost of Rs  two crore. Expenditure for construction of  the roof of the two spans of the flyover near Lingaraj temple will be completed at a cost of Rs 50 to Rs 60 lakh. 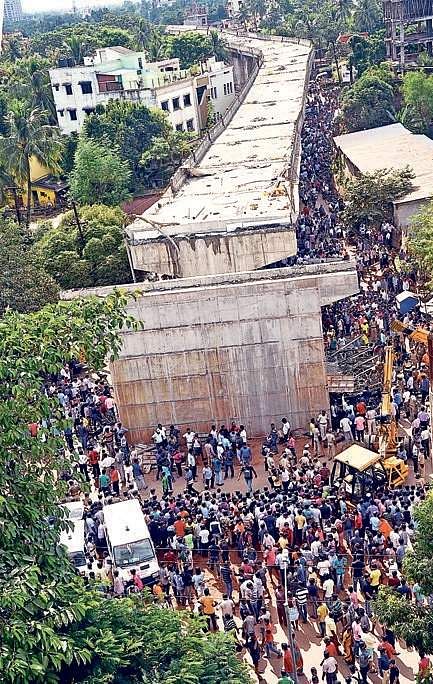 The Minister said audit of quality of construction and safety of flyover will be conducted by a third party before it is opened to the public. “If any technical defects are found, those will be rectified before opening,” he said.

Mallik said construction work of flyovers at Jatni and Sambalpur has also been stopped after the mishap at Bomikhal. A decision on the flyovers including re-tendering will be taken after examining the legal aspects, he said. The three-member committee, which submitted its report to the Government on Wednesday, blamed the construction company Panda Infra Pvt Ltd for the mishap in which a portion of the under-construction flyover caved in on May 3 resulting in the death of a labourer and leaving another seriously injured.

The Minister said the report has blamed the company for not employing skilled workers and putting adequate safety measures in place. While the construction company has been blacklisted and its owners have been put behind bars after the collapse of the flyover, steps are yet to be taken against the officials responsible for the accident. The Government would issue show cause notice to the officials and engineers who were entrusted to oversee the construction work of the flyover, he said.

Meanwhile, Police on Thursday arrested Prashant Padhi, one of the directors of the Panda Infra company, in connection with the Bomikhal flyover mishap.

Now we are on Telegram too. Follow us for updates
TAGS
flyover Bomikhal Lingaraj flyover