Elected consecutively for four times, Naveen Patnaik’s Government is completing four years of the fourth term in the office on Sunday. 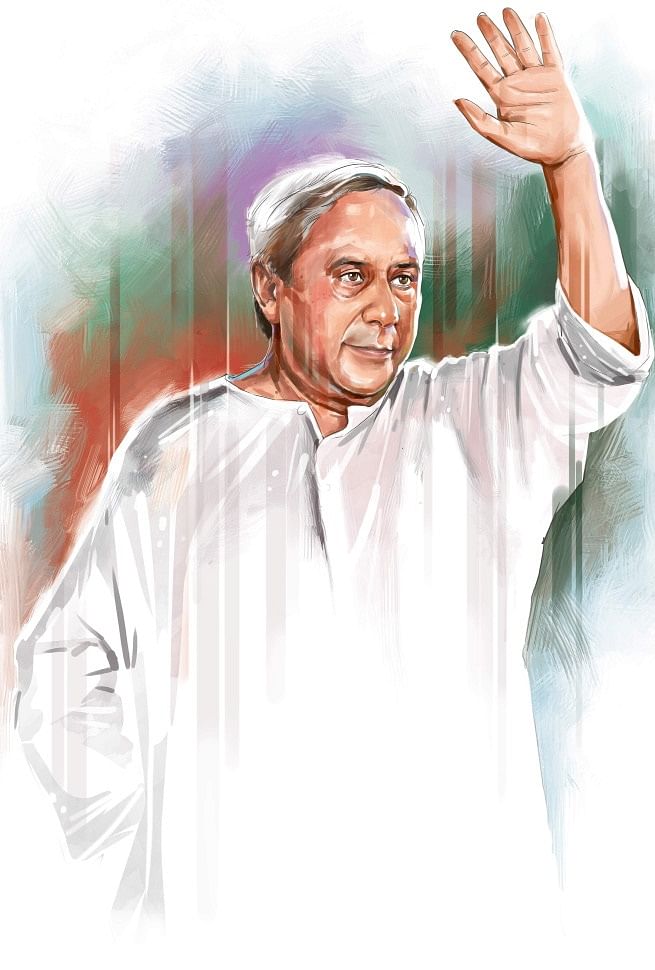 I believe in work, not words - Chief Minister Naveen Patnaik’s statement is not a slogan. It has been proved by the performance of the State Government headed by him during the last 18 years. The cheap rice scheme - first two-rupee-a-kg rice, then one rupee-a kg rice - which brought smile to 60 lakh families, has been a talking point in the country and has been adopted by other chief ministers. Nobody will remain in hunger – the core philosophy of the BJD Government’s food security programme has become a reality.

Elected consecutively for four times, Naveen Patnaik’s Government is completing four years of the fourth term in the office on Sunday. His flagship and popular schemes have become a pathfinder in the country.

Soon after taking over as Chief Minister for the fourth time, Naveen launched the ‘Aahar’ yojana on April 1, 2015. The scheme aimed at the floating population which normally comes to towns. To ensure food security, this was another popular scheme for people who could not afford expensive meals. They can now manage with just ` five. Opened in district headquarters, about 70,000 people are benefited by this scheme every day.

The Government has started providing land to the unprivileged sections of society which is touted as the first ever resettlement and rehabilitation scheme in the country. With a view to providing shelter to lakhs of slum population, Naveen has launched a scheme called ‘Jaga’ to cover over 10 lakh slum dwellers in around 2,500 slums in the State.

Several plans have been set in motion to bring tribals to the mainstream. Pattas have been distributed to four lakh tribals to provide them land rights. Odisha is the first State to implement this. ‘Anwesha’ is another programme aimed at tribals where their children could study in renowned private schools. Under ’Akankhya’ scheme, tribal children are being provided hostel accommodation in Bhubaneswar with all modern facilities.

The State Government has launched some novel programmes to face the menace of cancer and keep it under check. According to the Government’s plans, Bhubaneswar will have a modern cancer care and research centre. Treatment facilities for all types of cancer will be made available here. The State Government has reached an understanding with the Tata Trusts in this regard. In the proposed hospital, cancer care will be at par with the Tata Memorial Centre, Mumbai.

With meaningful investment, modernisation, innovative schemes and efficient management, there has been a sea of change in the health delivery system in Odisha. To make health care more competent and effective, budgetary provision has been increased for the Health department. Under the Nirmal scheme, the idea is to keep the health centres clean and well-organised. Likewise, the Sampurna Surakhya Kabach Yojana aims at providing kits for the new born. Several steps have been taken to provide the most modern health care across the State. Sahaya is one such scheme which provides free dialysis. In the first phase, district hospitals of Angul, Balasore and Balangir have been included along with the Capital Hospital in Bhubaneswar.

Khusi is one of the most important and popular programmes launched recently which aims at providing free sanitary napkins to girls studying in all government and aided schools. Seventeen lakh girls are expected to benefit in addition to other freebies.

The Government has launched several measures for welfare of the farmers. With a separate budget for agriculture and special cabinet which are first of their kinds in the country, Odisha has become the first State to double the income of farmers. Biju Krishak Kalyan Yojana is a big success. Farmers are provided loan at one per cent interest. The State has got the Krishi Karman award for four times in last 5 years.

If poverty reduction has been Naveen Government’s forte, empowering women has also been the major focus area. During its four tenures, 50 lakh women have become self-reliant and economically well-off.  Fifty per cent reservation in panchayati raj has empowered the women socio-politically.

The Government has taken sincere efforts to preserve, protect and promote Odia language. Odia was recognised as the sixth Indian classical language of the country. A new Department of Odia Language, Literature and Culture have been created and a separate ‘Heritage Cabinet’ has also been constituted for conservation of our rich cultural heritage.

Odisha has become the number one State in creating employment opportunities for young men and women. The State has received Central award for consecutive two years. Through the establishment of Odisha Skill Development Authority, the skills of the youth are envisaged to enhance. About 11 lakh youth are to be skilled in various institutions and schemes. Besides, the Government has established eight advanced skill development training institutes.

With the success of 2014 Champions trophy, Odisha grabbed the focus of international sports. The 22nd Asian Athletic Championships, organised in a record 90 days, brought a new identity for Odisha. This propelled the Government to make Odisha a sports hub. Kalinga Stadium has now become a symbol for top sporting events. Odisha is now the sponsor of Indian Hockey, a historic step being taken by the Chief Minister. The MoU with Hockey India for 5 years has been a paradigm shift. The 2018 world Cup Hockey is going to lift the image of the State further.

Jaga’ scheme launched by the Naveen Patnaik Government is a first of its kind initiative in the country and an example of people oriented administration.With a view to providing shelter to lakhs of slum population, the scheme is targeted to cover 10 lakh slum dwellers in nearly 2,500 slums in the State. Touted to be the first ever resettlement and rehabilitation scheme in India, it not only gives a permanent land holding to the dwellers, it brings them an identity. A historic step of the Naveen Government, urban slum dwellers no longer have to remain as nomads. After the scheme was approved by the Government, 2,000 families are today proud owners of urban land. Land rights instead of displacement have become the norm.

Besides providing land rights to the slum dwellers, the Government has reached an understanding with the Tata Trusts which will make these small lands habitable. The construction is expected to begin on a mission mode. Under Odisha’s slum rehabilitation policy, slum dwellers residing in NAC areas will have land rights of 646 square feet and for those in the municipality and other urban areas, it will be 484 square feet. Even on migration, a slum dweller is entitled to 323 sq ft of land. The scheme has other provisions like taking consent while relocating.

The ‘Jaga’ scheme has been launched in Chhatrapur, Khallikote, Purusottampur, Kabisuryanagar, Chikiti, Digapahandi, Gopalpur NAC and Hinjili. Konark has also come under this scheme. In the days to come, all the municipal areas in the State will be covered. In addition to land rights, the Government has plans to provide houses at affordable prices.

Displacing people, who build cities with their hard labour, is a world-wide phenomenon. The United Nations from time to time has shown its concern about security of slum dwellers. The world body has termed slum displacement as a human right violation. According to estimates, there are some 90 crore slum dwellers in the world. India has around 10 crore slum population.

Scenes of slum dwellers moving from one place to another are familiar in towns and cities. Governments across the board find it difficult to rehabilitate these dwellers. While other state governments have yet to think along rehabilitating slum dwellers, the scheme launched by the Odisha Government is likely to be followed by other States in future.

Now we are on Telegram too. Follow us for updates
TAGS
Naveen Patnaik