BJD-BJP fight in Puri on cards

Of the seven Assembly seats under the Lok Sabha constituency, four including Puri, Pipili, Satyabadi and Bramhagiri are in Puri district.

PURI: The electoral battle in Puri Parliamentary constituency and the four Assembly segments under the district is shaping up into a direct contest between the BJD and BJP with the latter appearing to have gained considerable ground in this coastal region.

Of the seven Assembly seats under the Lok Sabha constituency, four including Puri, Pipili, Satyabadi and Bramhagiri are in Puri district. The BJP has made tremendous inroads in three of the seats and is all set to take the fight to the BJD in the elections. 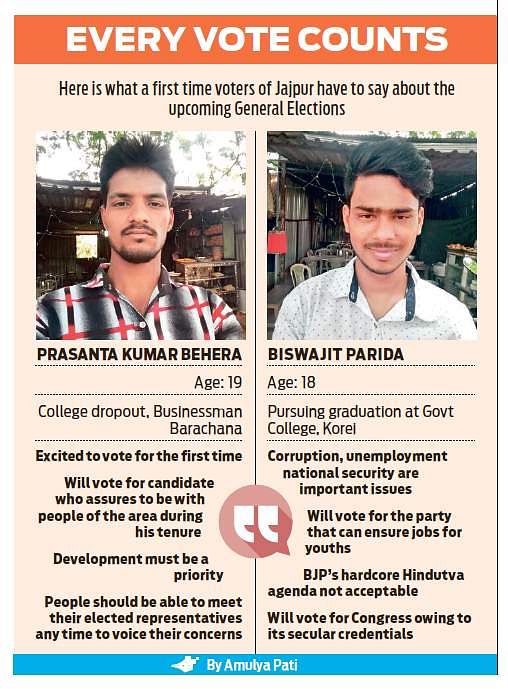 With the joining of late Congress leader Lalatendu Bidyadhar Mahapatra’s family in the BJP, the party has gained muscle in the Brahmagiri seat. At Satyabadi, the saffron party has fielded a new face in Omprakash Mishra, who is popular in the region and will become the main challenger to the BJD.

Puri, the bastion of BJD, which has elected Revenue and Disaster Management Maheswar Mohanty five times consecutively since 1995 is also facing a rising BJP. The ruling party, though, suffered a jolt on Thursday when former Puri Municipality chairman Jayant Kumar Sarangi resigned after being denied a ticket from Satyabadi constituency. It is believed that he will be joining the BJP, which will strengthen the party organisation in the city.

However, Mohanty has not lost a single election that he has contested till date, be it the Students Union elections of Banaras Hindu University, Puri Municipailty or the Assembly. He continues to hold singular hold over the constituency which is not expected to waver.
Similar is the situation in neighbouring Pipili seat held by party strongman and former minister Pradip Maharathy. Maharathy had first won the seat in 1990 as Janata Dal candidate and barring 1995, he has never lost in the election. These two veteran leaders have considerable followings of their own and considered as assets to the party.

Meanwhile, in the Parliamentary constituency the battle has taken a very interesting turn with the BJP pitting its national spokesperson Sambit Patra against two time MP incumbent Pinaki Mishra. The Congress on Friday announced Satya Prakash Nayak. The former journalist turned politician is a greenhorn and may lag behind the high-profile rivals, sources said.
While all expectations were on Prime Minister Narendra Modi to contest from the seat, the choice of Patra, who has become a household name due to his TV appearances, has made the seat to watch out for. Modi and party president Amit Shah will throw their weight behind him and are likely to campaign for him.