Filing of nominations for the last phase of elections including Saraskana have started from April 2 and will continue till April 9.

BHUBANESWAR: The six-month-long wait of BJP candidate from Saraskana Assembly seat under Mayurbhanj Parliamentary constituency for voluntary retirement from service (VRS) came to an end on Friday with the State Government accepting Dr Budhan Murmu’s application for resignation.

Dubbing the delay in granting permission to Murmu for voluntary retirement as a method of harassment by BJD, State BJP general secretary Lekahshri Samantsinghar said the ruling party was scared of the popularity of Murmu who is serving as a doctor in a primary health centre of the tribal-dominated Mayurbhanj district. 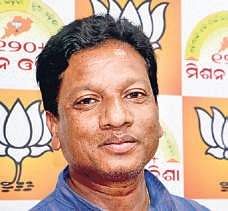 “The BJD was trying hard to prevent me from contesting this election. The ruling party does not want the progress of tribals. As the good wishes of people are with me, they failed in their design. This is the victory of democracy and people of Saraskana,” Murmu told reporters.

Murmu, who has been serving as a doctor in the district for the last 27 years, was running from pillar to post for getting State Government’s approval for his voluntary retirement. Though he had applied for VRS on October 4 last year, his application was pending for approval from the Chief Minister Naveen Patnaik.
The tribal doctor had staged a dharna outside the residence of Naveen on Wednesday along with two BJP leaders demanding immediate approval of his application for resignation.

Filing of nominations for the last phase of elections including Saraskana has started from April 2 and will continue till April 9.

Now we are on Telegram too. Follow us for updates
TAGS
Budhan Murmu