He was 88. Known for his lyric-based melodious and soulful compositions, Mohanty gave a whole new meaning to the musical programmes of All India Radio (AIR) during his 20 years stint.

BHUBANESWAR/CUTTACK:  Rakhal Chandra Mohanty, a man of ‘ragas’ and ‘talas’, passed away on Sunday. The veteran Odia singer and music director, whose name is synonymous with radio compositions, died at his residence at Badambadi in Cuttack. He was 88. Known for his lyric-based melodious and soulful compositions, Mohanty gave a whole new meaning to the musical programmes of All India Radio (AIR) during his 20 years stint. 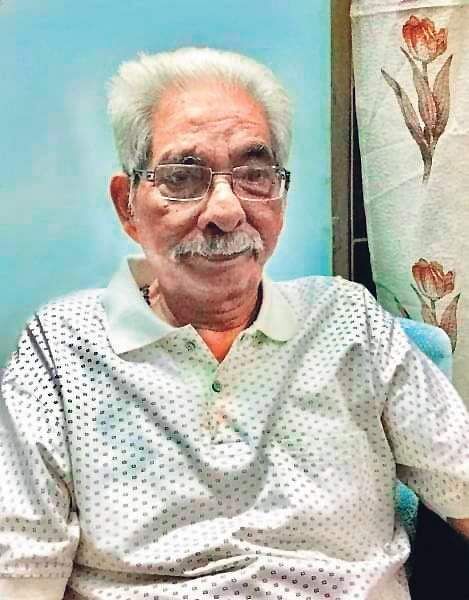 He had assisted senior composers Balakrushna Das and Bhubaneswar Mishra. Ollywood filmmaker Raju Mishra claimed that some of his songs were inspired by Balakrushna Das’s style, whom he had assisted for the film ‘Mathura Vijaya.’ One of his colleagues, composer Om Prakash Mohanty credited his success to the guidance and support he received from the legend. His demise left a void in Odia music industry, he said. Though his engagements with AIR gave him little time to compose music for films, he left a mark in Ollywood too. His best known compositions as an independent music director are from the films ‘Akhi Trutiya’ and ‘Trinatha Mela.’

Lovers of Odia music swear by his tunes of ‘Ei Tara Janha Raati’ (a romantic song from Akhi Trutiya) complimented by the deep voice of singer Subhas Das. Not just modern music, Rakhal also revived Odissi music. In 1970s when Odissi was still evolving, he was the only singer accompanying exponents like Kumkum Mohanty, Sanjukta Panigrahi and Odissi legend Guru Kelucharan Mohapatra. He has lent his voice to some landmark compositions by Bhubaneswar Mishra for ‘Shankarabharanam Pallavi’ and Odia Abhinaya, ‘To Lagi Gopa Danda.’

These were composed for artiste Kumkum Mohanty in the 1960s. He had composed music for a popular dance production by Guru Kelucharan Mohapatra, Konark. “He was a versatile and clever composer. Be it for the Ghazals Bhajans, Odissi music or film songs, he added different flavours to each genre. had a solid understanding for the ‘ragas’ and ‘talas’,” said Guru Ratikanta Mohapatra, recollecting he danced to his composition of Shiva Tandava He was awarded with the Guru Kelucharan Mohapatra Award, Nitai Palit Award and Sangeet Sudhakar Balakrishna Das Memorial Award for his lifetime contribution to Odia film and music.