Water is seeping into Garbhagruha through cracks in the roof.

PURI: THE Archaeological Survey of India (ASI), which is in charge of maintaining the Sri Jagannath temple, has found damage to the inner walls of the sanctum sanctorum of the 12th century shrine.
Experts of the ASI have found carbon layers in the walls which occur due to lighting of clay lamps. In a report submitted to the temple administration recently, it stated that the layers can be detrimental to the health of the temple if not removed or treated immediately. 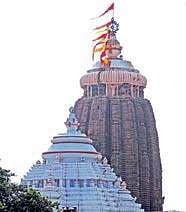 ASI experts also said water has been seeping into the inner walls due to a defunct drainage system in the temple. Water used for cleaning floor of the sanctum sanctorum daily is not drained out and gets soaked in the walls. On deposit of carbon layers, the report stated that it is because of lighting of a large number of earthen lamps in the Garbhagruha every day. Earlier, ASI’s suggestion to the servitors to light just one ‘diya’ a day in the sanctum sanctorum was not accepted by the latter.

This apart, the air-conditioners installed in the sanctum sanctorum are causing harm to the inner walls.
The report, which was prepared by the experts following inspection of the temple during Rath Yatra,  also pointed out that rain water has been seeping into Garbhagruha through cracks on the roof.
Executive Engineer of the temple, Bindheswar Patra, said the temple drain needs to be cleaned properly and cracks on the roof have to be sealed to stop rain water seepage.

The Puri administration on Monday began buying private land within 75 metres of Sri Jagannath temple from people who volunteered to sell them for construction of the heritage corridor. As many as 12 persons have sold their land to the administration in the last two days.

Earlier, the administration had announced 10 per cent hike in land purchase rate if anyone offers to sell his or her land apart from the compensation under Rehabilitation and Resettlement Act, 2013.
Preliminary survey found out that there are 298 private land holdings under Baselisahi, Manikarnika Sahi, Markandswarsahi, Kalikadebisahi, Balisahi and Dolamandap Sahi Mouzas which need to be acquired to construct the 75-metre corridor around Srimandir Meghanada Pacheri. Around 32 persons had expressed willingness to sell their land in the last one month.

Since many more are showing interest to sell off their land, the administration had written to the State Government to allow one more month’s time to complete the sale process.

More from Odisha.
Now we are on Telegram too. Follow us for updates
TAGS
Archaeological Survey of India Sri Jagannath temple Srimandir