In the meantime, the lenders started to demand their money back while the bank served a notice to Das.

BHADRAK: A farmer hanged himself in Rajualibandh village within Bhadrak Rural police limits on Sunday after allegedly failing to sell his harvested paddy and repay the loans due to Covid-19 restrictions.
He was identified as 60-year-old Mahendra Das. The farmer had borrowed around `50,000 from local money lenders and bank to cultivate paddy on his two acre of land. 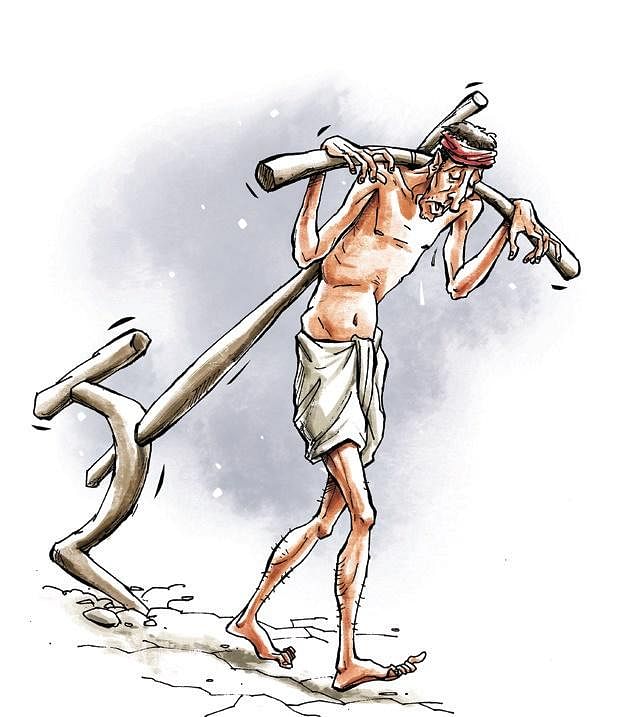 Despite inclement weather, he managed to harvest his crop. However, he was unable to sell his harvested paddy at the local procurement centre due to Covid-19 restrictions. Sources said he was forced to sell his paddy at a throwaway price to local traders.

In the meantime, the lenders started to demand their money back while the bank served a notice to Das. He was under severe mental stress due to the debt burden.On Sunday morning, when family members knocked at the door of Das’ room, there was no response. Subsequently, they broke into the room and found the farmer hanging.

On being informed, police rushed to the spot and seized the body. Bhadrak tehsildar Jyoti Bikash Dash also reached the village.Bhadrak Rural IIC Alok Jena said Das committed suicide in the night and the matter came to light the next morning. Locals claim the elderly farmer was under mental duress due to the loan burden.

The exact cause of the death will be ascertained after autopsy. Police have registered an unnatural death case and investigation is on verify the reason behind the farmer’s death, the IIC added.

Now we are on Telegram too. Follow us for updates
TAGS
Odisha farmer suicide