Vigilance sleuths on Friday traced deposits of Rs 1.47 crore in three bank accounts of Akash Pathak in Bhubaneswar and Pune

“The court is yet to pronounce its order. My client has not connived with anyone or accumulated illegal money,” said Acharya. Pradeep was remanded in judicial custody for 14 days and lodged in Jharpada jail here. 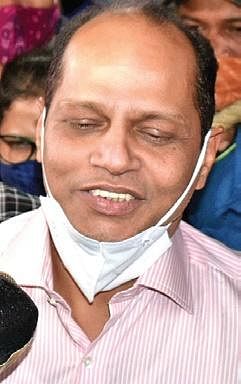 The suspended IFS officer Abhay Kant Pathak also moved a bail petition in the Orissa High Court on Friday. He had been arrested by State Vigilance wing on November 27. The Special Judge Vigilance, Bhubaneswar, had rejected his bail appeal and remanded him in judicial custody till December 9. The Central and State agencies like the Enforcement Directorate (ED), Vigilance and Crime Branch (CB) have launched investigation into the ill-gotten wealth acquired by Abhay, his son Akash, and Pradeep.

Crime Branch officers had registered a case against Akash in September for allegedly impersonating himself as a senior executive of Tata Motors and cheating several job aspirants on the pretext of providing them employment in the company.

CB sources said that Pradeep had received money from three to four job aspirants on behalf of Akash. “Three job aspirants have been traced from whom Akash had taken `5 lakh each. Pradeep has received payments in his accounts as well as in cash,” they stated.

The ED has also started its investigation into the financial transactions of Abhay and Akash. The MLA, too, is under the agency’s scanner.

The agency is mulling to register separate cases against Abhay, Akash and Pradeep as the nature of allegations against them is different. Abhay was arrested for accumulating disproportionate assets, Akash for the recruitment fraud and Pradeep for collecting money on his behalf. There are allegations against the MLA acquiring money through illegal liquor business and transportation of sand which ED is also likely to probe, said sources.

In a related development, Vigilance officers have further traced more deposits to the tune of `1.47 crore in three bank accounts of Akash in Bhubaneswar and Pune taking the total amount to `17.52 crore. Akash received the money via account transfers and clearings (cheque deposits), said a Vigilance officer on Friday.

The anti-corruption agency’s sleuths have also collected the handwriting specimens of Abhay and Akash for further investigation and the seized documents are being examined by them.

Now we are on Telegram too. Follow us for updates
TAGS
SDJM Pradeep Panigrahy