Before her suicide bid, the girl, identified as Yamini Moharana, had informed Kujang police of her intention.

PARADIP: Jilted in love, a 21-year-old girl of Pikarali in Kendrapara district tried to commit suicide by jumping into Mahanadi river near Bhutmundai within Kujang police limits here on Wednesday. She was rescued by local fishermen.

Before her suicide bid, the girl, identified as Yamini Moharana, had informed Kujang police of her intention. Sources said Yamini worked as a salesperson in a cloth shop in Kujang Bazaar and was staying in her uncle’s house at Samagola village. 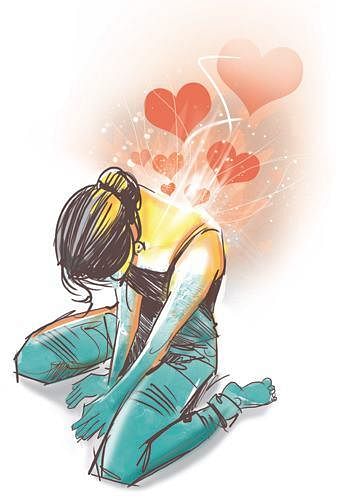 She was in a love affair with a local boy who had committed to marry her. However, the boy refused to marry her last week after a fight among them. He even switched off his mobile phone to avoid Yamini. Unable to contact the boy, she became depressed and decided to end her life.

On Wednesday morning, Yamini went to the local Laxminarayan temple at Balia village and offered puja. After returning from the temple, she rang up the IIC of Kujang police station and informed him that she would commit suicide by jumping into Mahanadi river.

She switched off her cell phone and went to Bhutmundei on her scooty before jumping into the river. Hearing her screams, local fishermen rushed to the spot and rescued her. Kujang IIC Parao Tudu admitted that the girl had informed him of her intention to commit suicide. “No FIR has been lodged in this connection yet. Police have started investigation to ascertain the cause of the girl’s suicide bid,” he added.

Meanwhile in a separate incident, a 22-year-old youth of Kartutha village in Kujang jumped into Mahanadi river on Thursday. He was identified as Laxmikant Nayak. Sources said Laxmikant parked his bike on the river embankment and left his mobile phone there before taking the drastic step.

Two fishermen saw the youth jumping into the river and informed police. Though fire personnel have launched a rescue operation,  Laxmikant is yet to be traced. Police said it is suspected that the youth took the extreme step due to a quarrel among family members.

(If you are having suicidal thoughts, or are worried about a friend or need emotional support, someone is always there to listen. Call AASRA's 24x7 Helpline: +91-9820466726 for assistance.)

Now we are on Telegram too. Follow us for updates
TAGS
Odisha suicide case