Suzuki said demand for steel in India is set to grow. Accordingly, joint steel dialogue is being organised by Japan and India to ensure sustainable growth of the sector, he added.

BHUBANESWAR:  Japan will share its expertise with India for expansion of steel ecosystem to accelerate its growth drive and achieve the vision of becoming a $5 trillion economy, said Japan Ambassador Satoshi Suzuki here on Friday. Addressing a workshop on ‘Enabling Procedures for Increase of Steel Usage for Growth of Economy’ organised by Confederation of Indian Industry (CII), Suzuki said Japanese companies are increasingly collaborating with Indian counterparts to enable them to produce quality steel and increase its usage. “Two Japanese firms have already partnered with Indian steel manufacturers in this regard,” he added. 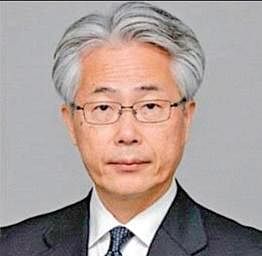 Suzuki said demand for steel in India is set to grow. Accordingly, joint steel dialogue is being organised by Japan and India to ensure sustainable growth of the sector, he added.

“As the country eyes to generate 300 million tonne steel by 2030, we also have to increase our steel usage at 150 kg per head in near future compared to 75 kg at present. India has chosen Japan as its partner country for making Indian steel ecosystem bigger both in terms of quality and quantity,” he added.

The Union Minister also said Odisha which is the highest producer of steel in the country will be soon become a steel manufacturing hub.

SAIL Chairman AK Chaudhary said the use of steel in infrastructure development remains only two per cent against 80 per cent in Japan. “We need to work towards increasing our usage of steel for the sustainable growth of the sector,” he added.

State Steel and Mines Minister Prafulla Mallick said Odisha which eyeing to produce 100 million tonne steel by 2030 is also working towards increasing use of steel fabrications in construction against other materials.