BHUBANESWAR:  The number of Covid-19 positive persons zoomed past 1,000 mark in Odisha after 85 new cases were reported from 11 districts in the last 24 hours. The State also registered one more death taking the toll to six.With the fresh cases, the Covid tally touched 1,063 in 65 days. While the State reported its first 500 cases in 57 days, it took only seven days to add next 500 cases. Despite the steep rise in number of cases, the only solace is that nearly 90 per cent of the total cases here are imported. 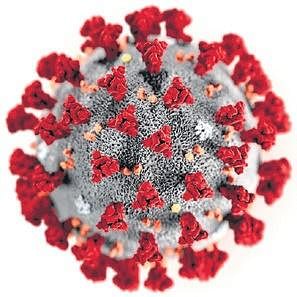 Similarly, six each cases have been recorded in Ganjam and Jajpur, two each in Kendrapara and Malkangiri and one each in Balasore, Dhenkanal and Kandhamal. Malkangiri was the 24th district in the State to report coronavirus cases.Of the 85 cases, 83 are from quarantine centres and the rest two are local contacts. Twenty of the 28 cases in Boudh had returned from Gujarat, five from Andhra Pradesh, two from Telangana and one from Maharashtra. Of the 11 cases in Puri, eight are imported from Gujarat and one each from AP, Tamil Nadu and Karnataka.

While five of the Khurda cases had returned from Gujarat and one from West Bengal, six of the Cuttack cases are Surat returnees and two are Maharashtra returnees. Barring one in Ganjam, three of the rest cases are imported from Maharashtra and two from Gujarat.The active cases in the State now stands at 703 after 36 more, including 23 from Ganjam, five from Jajpur, three from Mayurbhanj, two each from Puri and Bhadrak and one from Rourkela, recovered.

One more death in State
A 70-year-old man of Khurda district, having history of comorbidity (hypertension), died while undergoing treatment at AIIMS-Bhubaneswar. The patient was admitted after he complained of respiratory distress. He has tested positive for Covid-19. Even as the State recorded six deaths due to Covid-19, the rate of fatality is lowest among the states which have registered more than 1,000 positive cases in the country. With 2,961 positive cases and 250 deaths, West Bengal has highest fatality rate of 8.44 pc and Gujarat comes second at 5.92 pc with 12,140 cases and 719 deaths. Odisha has a fatality rate of 0.52 pc followed by Bihar (0.6 pc) with 1,498 cases and nine deaths.