Businessman on a mission to rid of mosquitoes in Cuttack

At a time when the CMC has failed to curb the increasing mosquito menace, a local businessman is making efforts to bring in some relief for the residents.

CUTTACK: At a time when the Cuttack Municipal Corporation (CMC) has failed to curb the increasing mosquito menace, a local businessman is making efforts to bring in some relief for the residents. A resident of Sikharpur Upar Sahi, Satyabrat Rout aka Kabula Bhai has been carrying out fogging in different localities of the city for the last two months voluntarily and free of cost.

Dealing in transport business, Satyabrat is spending Rs 400 from his daily earning for carrying out fogging. His focus is on drains passing through inaccessible Sahis (lanes) and slums in Cuttack as the civic body has completely failed in carrying out its basic responsibilities. 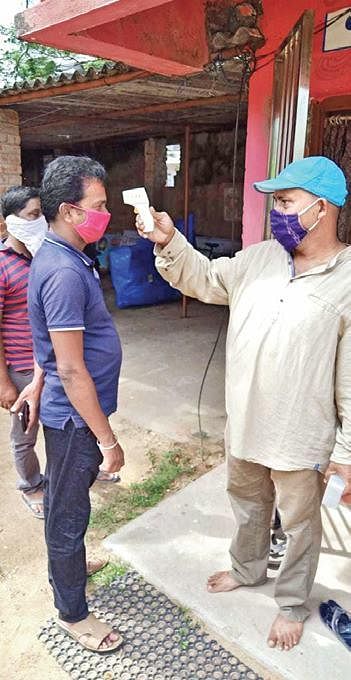 Mosquito menace has assumed an alarming proportion in the city with the CMC’s mosquito eradication programme proving a damp squib. Observing the drains filled with garbage and becoming a breeding ground for the mosquitos, Satyabrat decided to take things into his hands.

He took to the internet to learn about the process. After procuring a hand-held fogging machine for Rs 7,000, he consulted an entomologist to go ahead.  “He taught me how to use the machines and the technique of spraying insecticide,” said Satyabrat.

Every evening, he fogs the drains and garbage dumps in narrow lanes. His efforts in Sikharpur brought the much needed respite for locals there. Soon the word spread and residents of nearby Jobra, Mahanadi Vihar and College Square requested him for help. Local youths also came forward to join him.

“With the CMC turning a blind eye, we were leading miserable lives. The situation worsened to an extent that we could not sit inside our house even in the mornings without using a mosquito repellant. However, the problem has resolved significantly in our locality after regular intervention of Kabula Bhai,” said Sidharth Sarangi of Mahanadi Vihar.

“I do not do this for any gain. Serving people gives me immense pleasure”, said Satyabrat who helped people during the Fani cyclone and Covid-19 pandemic.

Now we are on Telegram too. Follow us for updates
TAGS
Odisha Odisha businessman CMC Cuttack Municipal Corporation