The routine has broken. The children would never meet their loving chaiwala uncle again nor would have their favourite teacher in class anymore.

CUTTACK: Every morning, children would line up at the small tea stall at Buxi Bazaar and greet the smiling man tending to the kettles on stove. He would hand over tea glasses filled with milk and a generous topping of cream (malai) to each, followed by the customary affectionate admonishment to be in school in time and not neglect studies. The giggling kids would then disburse and rush to the nearby ‘Asha O Ashwasana’ school.

The routine has broken. The children would never meet their loving chaiwala uncle again nor would have their favourite teacher in class anymore. Padma Shri D Prakash Rao is no more. The millennium city of Cuttack has lost one of its towering sons - a man who dedicated his whole life to bring positive transformation in the lives of marginalised and less-privileged children through education, eradicating the ills plaguing  slum societies and serving the poor and needy patients. 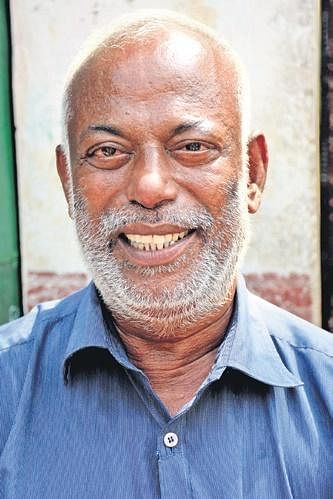 Rao, 63, was under treatment at the SCB Medical College and Hospital for the last 20 days after he contracted Covid-19. He breathed his last following a brain stroke at 4.15 pm on Wednesday. He is survived by his wife and two daughters.

For the past two decades, Rao had been imparting education to the slum children, children of rickshaw pullers, daily wage earners and municipal sanitation workers by setting up ‘Asha O Ashwasana’ school which he managed by contributing his meagre income generated from selling tea. Till he was hospitalised for Covid-19, Rao used to wake up at 4 am every day, make tea at his stall till 10 am and then engage himself in teaching the poor children and other social works.

For any person needing emergency medical attention or blood, he was just a phone call away. If not in school or his stall, he would invariably be found at the SCBMCH attending to a patient or arranging blood for someone. In his lifetime, he himself donated blood for more than 200 times.

His dedication to the cause of educating children from poor socio-economic backgrounds, earned him praise from Prime Minister Narendra Modi. Rao was accorded the Padma Shri – the fourth highest civilian award of the country - on the occasion of Republic Day in 2019. A year before that, Prime Minister Modi during his visit to Cuttack had spent time with Rao and his students and appreciated his contribution towards the society. The Prime Minister had also mentioned his name during a ‘Mann-Ki-Baat’ address where he praised him for his dedication towards social work.

“He has banished the darkness from the lives of the slum children. Who amongst us does not know the Vedic shloka - Tamaso Ma Jyotirgamaya! However, it has been put into practice by Rao. His life is an inspiration to us, our society and the whole country,” Modi had remarked.

Rao had a strong command over eight different languages and used his knowledge to help the children. As a child, he was forced to quit school before passing Class X due to poverty. As he grew up, he resolved to not allow similar circumstances affect any other poor or marginalized child. He dedicated his life to shape the lives of under-privileged children.

Chief Minister Naveen Patnaik announced that Rao will be cremated at Kaliaboda on Thursday with full State honours. The district administration will handle all preparations for smooth conduct of  his final journey and rites. Rao’s  mortal remains will be given ceremonial guard of honour before being consigned to flames, Collector Bhabani Shankar Chayani said.

Now we are on Telegram too. Follow us for updates
TAGS
Prakash Rao D Prakash Rao