The author’s wife Ezhilarasi, assistant professor, also got relieved from her duties from the college where she had been teaching since 2007.

NAMAKKAL :Perumal Murugan (49), the author of Madhorubhagan, the Tamil novel, left his home turf Namakkal after nearly 15 years of service as an academic. He was still battling the heat of a volley of protests over the novel.

Know more about the Controversy: 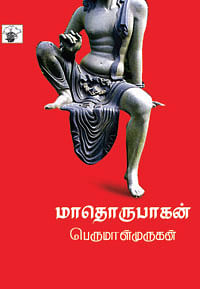 The associate professor of Tamil, who sparked off a controversy over his description of a custom stated to be in vogue a century ago - free consensual sex - left Arignar Anna Goverment Arts College where he served for 14 long years.

“Perumal Murugan was given the relieving orders after completing the formalities on Monday as per the transfer order issued by the Directorate of Collegiate Education,” said Dr V Radha, principal of the college.

The author’s wife Ezhilarasi, assistant professor, also got relieved from her duties from the college where she had been teaching since 2007, but for a brief period.

While Perumal Murugan is expected to join the Tamil department, Presidency College, Chennai on Tuesday, his wife will join the Arts department, Queen Mary’s college.

On his last working day at the college, he looked normal despite trying to hide feelings that were raging in him, his colleagues said and added that the situation was not appropriate to host the usual farewell party.

The author of Madhorubhagan began his career as a lecturer in 1996 when he was posted at Arignar Anna Govt Arts College, Athur in Salem district. After about six years, he was transferred to Namakkal in 2001.

The controversy over his novel Madhorubhagan, first published in 2010, erupted in December 26 last year when a group of people burnt copies of the book in public, alleging that it denigrated the values and images of Sri Arthanareeswarar temple festival and local women.

The protesters went ahead with a bandh on January 9 despite the author expressing regret and offering to remove the ‘objectionable’ portions from the novel on January 7.

The entire episode surrounding the controversy took another turn when it was announced that he had tendered ‘unconditional apology’ during a ‘peace meeting’ called by the DRO on January 12. The protests were stated to have triggered his ‘internal displacement’ as he thought it would give him the much needed relief.