When Express contacted Enforcement Directorate officials, they said they are also closely monitoring the investigations in the case.

CHENNAI: The Central Bureau of Investigation, along with Enforcement Directorate, has joined the probe against the sand mining baron, Shekar Reddy, after it was found that he possessed Rs 34 Crore in the form of the new Rs 500 and 2,000 currency notes.

Sources in the Income Tax department, which initiated the probe, said that it was now suspected that the bank officials had colluded with the businessman and exchanged old currencies for him.

The Income Tax department have so far seized over Rs 130 crore cash and 127 kg of gold.

Initially on Wednesday, about Rs 10 crore of the seized cash from premises belonging to Reddy across the state was in form of the newly released currencies .

But during another raid on Thursday, the IT sleuths seized Rs 24 crore from a vehicle belonging to Reddy in Vellore, a northern district of Tamil Nadu. The entire amount was in the form of the newly released Rs 500 and Rs 2,000 currencies, sources told Express. 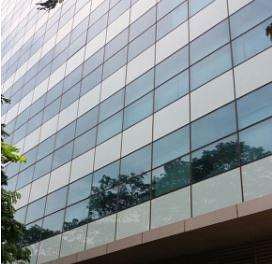 When Express contacted Enforcement Directorate officials, they said they are also closely monitoring the investigations in the case.

Shekar Reddy is a Public Works Department contractor and is a member of Tirumala Tirupati Devasthanam Board. His company controls the sand mining contracts in most of the rivers in Tamil Nadu.

Stay up to date on all the latest Tamil Nadu news with The New Indian Express App. Download now
(Get the news that matters from New Indian Express on WhatsApp. Click this link and hit 'Click to Subscribe'. Follow the instructions after that.)
TAGS
Tamil Nadu CBI probe Shekar Reddy sand mining baron cash seizure