TNIE takes a look at the top five long-standing issues that requires immediate attention from the Tamil Nadu government.

Cyclone Vardah came in with all its fury and demolished everything it found in its way across the state. Here's a look at five important issues that need to be tackled after its aggressive departure.

Wait on for electricity, network connectivity

While ATMs have been hit by the virtual decimation of the communications and power networks in Chennai, ATM service providers operating in the city say that the situation will improve only when those networks are put back in place.

“Once the power and communications systems get fixed, the number of operational ATMs will go back to pre-cyclone levels,” said Nagaraj Mylandla, Managing Director and founder of financial service provider FSS. Communications systems in many ATMs which operate through satellite were affected due to satellite dishes turned around.

Blackout continues in many affected areas 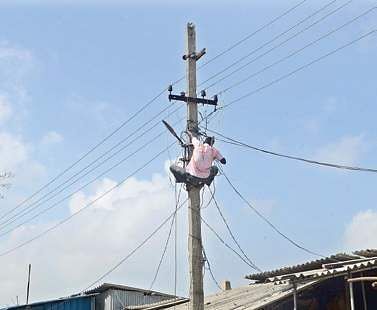 Restoration of power supply is facing a big hurdle due to the damage caused to pillar boxes in several affected areas. TANGEDCO staff claim to be working overtime to fix the problem.

Thousands of technicians and labourers have reportedly been hired from other districts to attend to repair works. “As many as 6,000 staff are being pressed into service in Chennai city. Kancheepuram and Thiruvallur districts have 2000 employees each. They are attending to the repair works on round-the-clock basis,” M Saikumar, Chairman and Managing Director of TANGEDCO, told Express.

All suburban train lines have been cleared and services have resumed, say officials. But since the trains are running slow as a safety measure, schedules aren’t being adhered to. It would take two or three days for long-distance trains to resume normal operations. Several trains originating at Central and Egmore are delayed as pairing trains arrive late to Chennai. More than 90 per cent of the MTC buses were operational on Wednesday, according to department officials. However, mini-bus services continue to be hampered as many roads are still blocked by fallen trees. 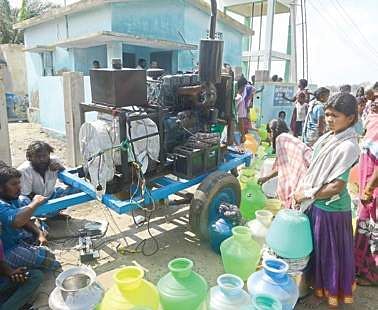 While Metro Water supply has not been majorly affected, lack of power has caused a water shortage across residential areas. Nemelli desal plant will be operational by Friday, says officials, which will help in meeting the demand. People, according to reports, are currently buying water from trucks and bubble tops at a premium price for drinking purposes. While Metro Water supply per day on an average is 830 million litres per day, after the cyclone the limit has reduced to 730 mlpd. City water storage is still around 10 per cent of the total capacity, implying the current spell of rain was not adequate.

All of them to be cleared by Friday: Corporation

The biggest task for the city now is to the clear the huge logs of the fallen trees and branches that have piled up on sides of almost every street and road. It’s a mammoth task, but the Corporation officials told Express that they are planning to finish clearing the trees by Thursday night. If the officials are able to do that, perhaps by Friday morning you may see more clearer roads and the traffic snarls due to the piled by debris may come to an end. But most of the city’s parks were ravaged and it may surely take much more time for the corporation to restore them.