PUDUCHERRY : Even as she remained away from the Union Territory where a storm is brewing against her, activist Lieutenant Governor Kiran Bedi asserted her powers over the administration, cancelling the transfer of an official that came after orders from the Speaker himself.

This was not a routine transfer, but one ordered by Speaker V Vaithilingam late on Thursday following a privilege notice by AIADMK MLA A Bhaskar in the Assembly earlier in the day. 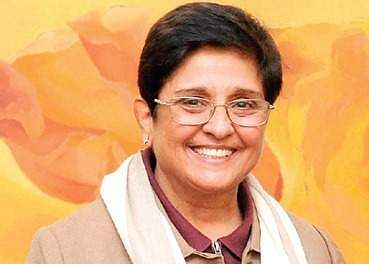 This has left the legislature seething, with some suggesting ways and means to circumvent the inherent limitations in Centre-Union Territory relationship to seek Bedi’s recall. In a clear sign that this is set to deteriorate further, Vaithilingam has asked MLAs to give him a list of instances where the L-G has been a hindrance.

Trouble began when a Swachch Bharat function was organised by Puducherry Municipality without inviting A Bhaskar, the local MLA, as is mandatory.

MLA Bhaskar gave a breach of privilege notice against municipal commissioner R Chandrasekaran over this, while the official went a step further and lodged a police complaint with the DGP alleging threats to his life from Bhaskar.

The issue rocked the Assembly on Thursday with the AIADMK and the Congress alleging that it was Bedi who goaded the official to lodge the complaint. Following demand by parties that form nearly one-third of the Assembly strength, the Speaker, through Chief Secretary (CS) Manoj Parida, ordered Chandrasekaran’s transfer and placed him on compulsory wait till the privilege issue was disposed of.

Though on an official tour, Bedi stepped in to stop the transfer. She sent a message to the Speaker stating that action should not be taken against the official without him being heard.

Then, in a letter through her secretary Theeva Neethi Das, Bedi reminded the CS that she was the competent authority in service matters. The official should not be transferred without her approval, she directed Parida, informing him that he could take up the matter with her on Monday on her return.

While this was playing out outside the House, adding to the fury of leaders who have always been critical of Bedi, CM Narayanasamy refused to heed to demands from his party and even the opposition for a resolution seeking her recall.

On the second and final day of this session on Friday, Narayanasamy said the Assembly could not take up and discuss Bedi’s recall, as the L-G was part of the administration.

The House could take up only matters pertaining to her administration for discussion. “Everyone knows constitutional provisions, the Union Territories Act and the Rules of Business of Legislative Assembly,” Narayanasamy reminded members from both treasury and opposition benches.

Congress member K Lakshminarayanan then suggested circumventing this restriction by Speaker Vaithilingam himself writing a letter to the President, PM and home minister. Responding positively, Vaithilingam said members should give a list of how they were affected.