PUDUCHERRY: The joust between Lt Governor Kiran Bedi and Chief Minister V Narayanasamy took a new turn late on Monday night with the privilege committee of the Assembly hauling up the L-G’s secretary and a reinstated municipal commissioner for contempt. 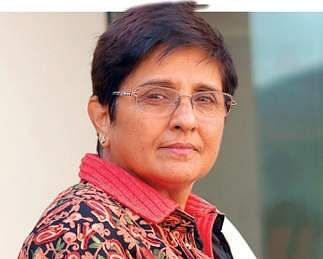 Sacked-and-reinstated municipal commissioner R Chandrasekaran and Bedi’s secretary Thevaneethi Dhas were summoned to appear before the panel on Tuesday and Wednesday respectively, after a meeting of the privilege committee under the chairmanship of Deputy Speaker V P Sivakozhundu.
The charge against Dhas is that he issued a note directing Chandrasekaran to continue as Commissioner in violation of the Speaker’s direction to put him on compulsory wait. Chandrasekaran was hauled up for resuming charge as commissioner violating the Speaker’s ruling.
The drama began in the morning when Chandrasekaran occupied the chair of municipal commissioner for a while and left. His government-appointed successor Ganesan assumed the same office by afternoon, with the support of ministers and police. And Local Administration Minister A Namassivayam along with Welfare Minister M Kandasamy and MLAs of the AIADMK and Congress held a Swachh Bharat meeting in the commissioner’s office along with Ganesan.

The turf war between Lt Governor Kiran Bedi and Chief Minister V Narayanasamy reached absurd levels on Monday morning with shunted official R Chandrasekaran, who was reinstated by Bedi, and the government appointed S Ganesan, arriving at the same office to assume charge as the municipal commissioner.
While Chandrasekaran occupied the chair of municipal commissioner in the morning, Ganesan assumed the same office by afternoon, with the support of ministers and police.
Later, Local Administration Minister A Namassivayam said as per the directions of Speaker V Vaithilingam, Ganesan will continue as the municipal commissioner. He claimed that the orders to transfer Chandrasekaran were issued through the Personnel and Administrative department. No one can bypass the ruling of the Speaker, he argued and added that even if Chandrasekaran has a note from the office of the Lt Governor, it cannot be accepted.
As far as the Local Administration department is concerned, the minister concerned has the power to take decisions. The Lt Governor can decide only on matters related to 13 departments and cannot intervene in everything, he added.

The Speaker too refused to budge. After a meeting with Chief Secretary Manoj Parida, Vaithilingam warned that summons would be issued to all those who act or instigate others to act against the ruling of the Speaker. He also directed Director General of Police S K Gautam to take action against those who try to obstruct the functioning of Ganesan. “As far as the government is concerned, Ganesan is the municipal commissioner. No one can bypass the orders of the Speaker and every decision has been made as per rules,” he said.
There were clear signals of an across-the-board gang-up against Bedi. Congress and DMK MLAs along with Narayanasamy and other ministers held a meeting in the Assembly complex. An all-party meeting has been lined up on Tuesday to take it to the next level.