If the Days are becoming uncomfortable, nights are no less stifling.

CHENNAI: If the days are becoming uncomfortable, nights are no less stifling. Chennaites have gone through one of the worst summer nights on Monday with the mercury not dipping below 30 C in the city all night. 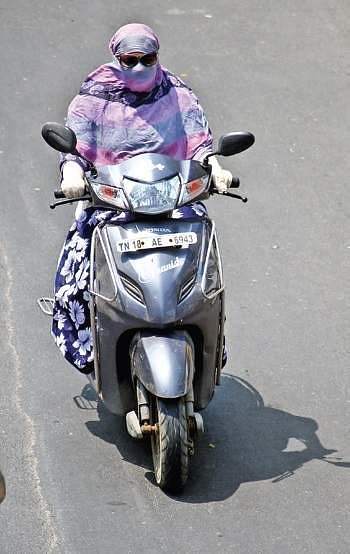 The mercury was hovering consistently over 30 C till early morning Tuesday, forcing people to hook on to air conditioners. Those who could not afford the luxury were left dehydrated.

The overnight temperature recordings for the city made for some uncomfortable reading. At 10 pm on Monday, the temperature at Nungambakkam weather station was 33 C.

Closer to the midnight, the city touched 30 C and continued to hover around the mark all night before dropping a notch at 4.30 am. The Chennai city live data flashing on the Regional Meteorological Centre (RMC) showed the temperature at 29.7 C at 4.30 am and the relative humidity at 79%. S Balachandran, director, Area Cyclone Warning Centre, said that stifling night-time conditions were not unusual for Chennai.

Ramesh Kumar, a climate expert, said there was a very warm air mass over the region and some light to moderate winds that kept the warm temperature at the surface, not allowing it escape to space. This is so in all the coastal districts of Tamil Nadu.

Now we are on Telegram too. Follow us for updates
TAGS
worst summer