CHENNAI: Chief Minister Edappadi K Palaniswami on Thursday requested Prime Minister Narendra Modi to expedite the process for getting Presidential assent for the two Bills -  Tamil Nadu Admissions to Post Graduate Courses in Medicine and Dentistry Bill, 2017 and the Tamil Nadu Admissions to MBBS and BDS Courses Bill, 2017 - unanimously passed by Tamil Nadu Assembly to exclude the State from NEET examination.
“In order to continue the present system of admission to postgraduate courses in medicine and dentistry with statutory backing, the two bills to protect the present State policy of admission to government medical and dental colleges under the State quota has to be expeditiously given assent to,” the CM said in his letter to PM Modi. 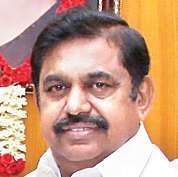 Palaniswami recalled that till now the selection for admission for 50 per cent State quota in PG courses in medicine and dentistry was made based on an entrance examination and experience.
He pointed out that in the NEET prospectus,  it was clearly indicated that the admission  was to be undertaken and completed by the States/designated authorities/university using NEET-PG marks as per applicable regulations and/or their eligible criteria, reservation policy, benefit for in-service candidates, rural posting etc.
But the MCI Post Graduate Medical Education Regulations, 2000 as amended up to March 11, had provisions which were contradictory to the details given in NEET prospectus Clause 9 (IV) allowing only 10 per cent of the marks obtained for each year of service in remote and/or difficult areas up to a maximum of 30  per cent of marks obtained in NEET.

Further, the remote and difficult areas were to be defined by the State government/competent authority from time to time. Further, as per the clause 9 (VII) , 50 per cent reservation for in-service candidates was limited to only PG diploma courses.
Observing that these regulations had not only brought to naught the present admission policy of the State government with regard to admission to State Quota seats in PG courses but also were contrary to NEET prospectus issued by Centre. As a result, provision of quality healthcare to needy people in rural and remote areas had been put in jeopardy.
The Madras HC on April 17 had ruled that admissions to PG courses should be strictly according to MCI Post Graduate Medical Education Regulations, 2000.
The Chief Minister said the assurances given by the Centre which had also been indicated in the NEET Post Graduate Bulletin, that there would be no interference with the State government’s policy, except for NEET examination, have not been adhered to.  Alternatively, the MCI Post Graduate Medical Education Regulations must be amended to incorporate the State policy as contained in the proposed Bill awaiting Presidential Assent.