CM Palaniswami urged Modi to reconsider any proposal the Centre might have to privatise the Salem lant, stressing that the support it got initially was only because of “public sector character”.

CHENNAI: Chief Minister ‘Edappadi’ K Palaniswami urged Prime Minister Narendra Modi to reconsider any proposal the Centre might have to privatise the Salem Steel Plant (SSP), stressing that the support it got when it was set up, during its expansion and the present economic upheaval were only because of SSP’s “public sector character”. 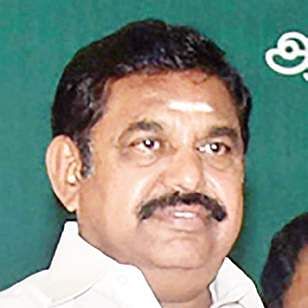 In his latest missive to Modi on Thursday, Palaniswami recalled the people’s pride in central PSUs, including the SSP. When the plant was set up over four decades ago, the government had acquired around 15.5 sq km in nine villages at the foothills of Kanjamalai, Salem.

“It was possible to acquire such extensive land mainly because of the plant’s public sector character. Today any proposal to privatise SSP would cause considerable unrest, particularly among those whose lands were acquired,” said Palaniswami who hails from Salem district.

Considering its importance, the State government had supported the Rs 2,005-crore expansion project, with incentives like soft loan, capital subsidy, electricity tax exemption and environment protection subsidy. The government also granted a year’s extension for the plant to complete its expansion and avail the incentive package. After the people and the government supported it all these years, the news about the proposed privatisation had led to fears and caused dismay, Palaniswami said.

The PSUs were capable of good performance, if given the right support and direction, he added.

“The causes for the company’s recent losses must be studied and SSP must be given a chance to improve its efficiency to turn around,” said the chief minister, urging Modi to intervene urgently and advise the Steel Ministry and the Steel Authority of India Ltd against any proposal to privatise the plant.